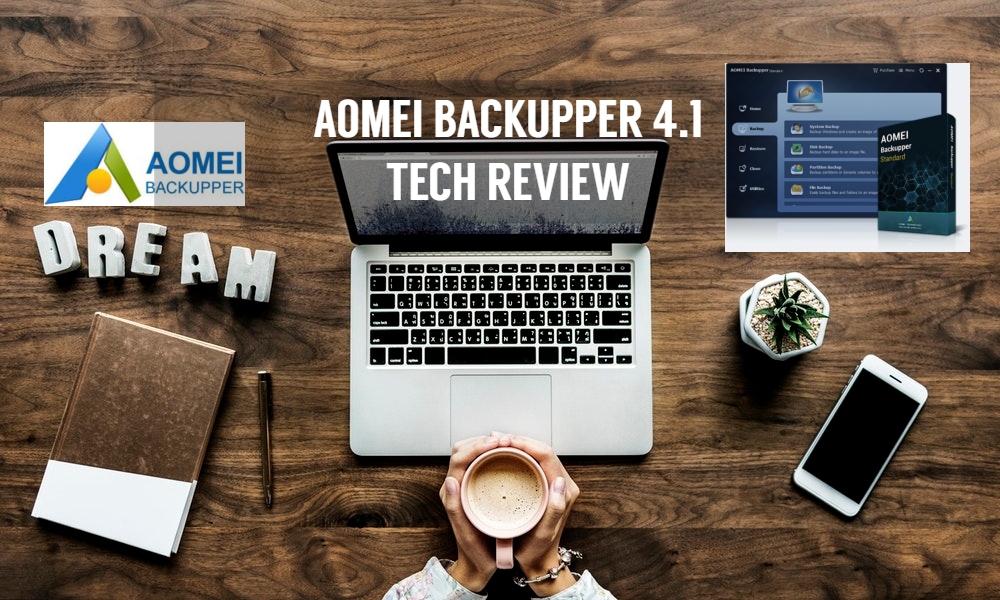 Data is the key element of any computer. Data, however, can be easily damaged or lost due to reasons such as hardware failure, data corruption or even losing your laptop on an unfortunate day.

Backing up regularly is of utmost importance unless the user is willing to risk losing any important documents. Even though Windows has a built-in backup program, third-party programs like AOMEI Backupper is a mile ahead of the game and is superior to many backup applications in many ways. Being a full-scale Windows backup software, it helps to maintain the system easily and protects data safely with just a few clicks.

Guidesify has had the privilege of reviewing the software, and we cannot deny that things are made a lot simpler and user-friendly.

Related: 3 Easy Ways to Protect Yourself from Getting Hacked!

Get to know AOMEI Backupper 4.1

The latest AOMEI Backupper 4.1 was released months ago, and some may ask what’s so good about it that makes it stand out from the rest. To begin, it has an added feedback tool along with an event-triggered scheduling backup system. That being said, the normal backup schedule can also be selected for this product.

A wise man once said that free things are always good; this software is also free for use – a much cheaper alternative compared to its competitors.

As an all-in-one backup tool, AOMEI Backupper has both basic and advanced backup functions.

Backup and Clone both have a few, easy settings to set for users to achieve their goals effortlessly. The backups are claimed to be fully secure, and users can chuck it aside and forget about it until needed again. Above all, AOMEI Backupper has a larger user base, consisting of millions of users, implying that the market has tested this software for many years.

Many other features that are not mentioned are in the options, setting and steps’ optional box. Backup, restore and clone are capable of being run by command lines. AOMEI Backupper supports different storage devices, such as backing up to NAS, backing up dynamic volume, etc. Universal restore is a practical function of AOMEI Backupper, which enables users to restore their system on another computer with dissimilar hardware. Selective files restore is also another useful function.

The AOMEI Backupper has six editions to choose from. The Standard Edition (free) is, without saying, the most frequently used. For Windows Server backup, you are recommended to purchase AOMEI Backupper Server instead. Losing just 1.5 points due to the less classy user interface, Guidesify highly recommends its users to try it out if they would like a free centralised backup management solution to create/manage backup tasks for all desktop PCs, laptops and virtual machines within LAN from a single central management computer.