All You Need to Know about the Bishan Gay 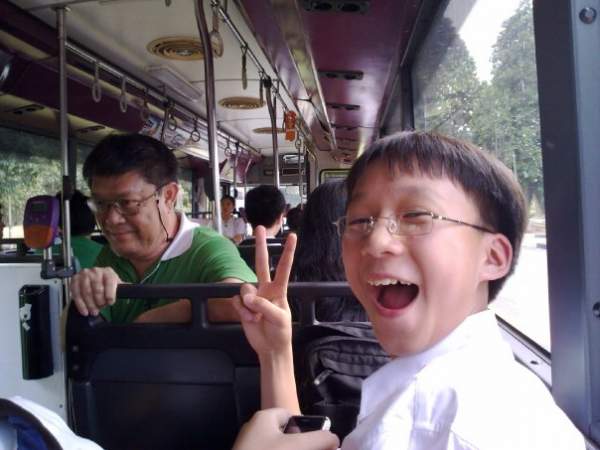 Starting 14 October 2019, you can travel like a boss with free travel credits on YouTrip! Use promo code GUIDESIFY5 during the signup process and receive 5 SGD for free!

Do you know the famous “Bishan Gay”? He is also known as Mr Cheng. More than a decade ago, he has already been known by tons of schoolboys from Bishan to Bukit Timah as the “Bishan Gay”. If you are one of them, you are probably serving NS, studying in University or already working right now! Yes, you are that old already!

For this short article, we shall share about his quirky habits, common hideouts and other rumours. If you do happen to know about the “Bishan Gay, share it with us!

Disclaimer: Content below are based on accounts of schoolboys who interacted with the “Bishan Gay” in the past. We cannot confirm nor deny its accuracy. Take it with a pinch of salt. No personal harm is intended to any parties mentioned in this article.

*We have recently written an article on how Circles.Life hacked their own hype. Yes, you’ve guessed it right. The Circles.Life hype is NOT a coincidence. Read our detailed analysis of their marketing strategies now* Netizens constantly made memes and posted them on the web.

Mr Cheng loved to hang out at several prominent spots. He usually stays at the same exact spot at a certain time of the day for as long as months before moving on to the next one. These were the most common areas he was always seen at:

The places he hung around were probably the main reasons that led to people giving him the name of “Bishan Gay”.

Overly friendly…most of the times creepy

He has a bad habit of staring and smiling eerily at schoolboys straight in the eyes for extended periods of time. While lurking around in Bishan, Mr Cheng loves to wave at young schoolboys. Most of them would wave back. A very friendly uncle! We heard that Mr Cheng used to give out S$50 Angpows for students to take photos with him on a pay-per-photo basis. Some schoolboys would be tempted to take the photos with him for some quick cash. There were also many speculations of what the Bishan Gay might do with the photos. Sometimes, he also invited schoolboys over to his house during CNY, offering Angpows to them as well.

• Likes to swing around his phone a lot

• Used to teach in Raffles?

• Many say he was a high-level tutor

• Over the years, there were parents who expressed concerns about his behaviour. Some even went to take further actions by reporting him to the authorities.

At the end of the day, we can all agree that Mr Cheng requires medical attention to his condition. Have you come across the “Bishan Gay” before? Let us know!

• Uber Vs Grab: A Complete Guide for Drivers

• 3 Types of Fake News We See on the Internet