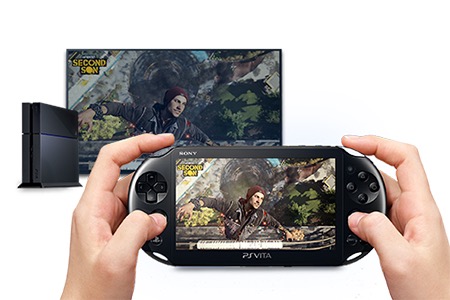 We saw the trailer; we thought Switch was cool at first until we got the big picture.

Switch was unveiled at an insane price of 300USD (450SGD before taxes and greedy retailers marking up), a crazy number for a portable console that doesn’t promise much to us. Even investors weren’t confident in the Nintendo Switch, and stock prices fell quickly that day. (But we should take account of the fact that it was previously sky high due to Pokemon GO) Gen 2 kind of sucked though.

The tiny size of the console raises many eyebrows. Nintendo Switch doesn’t offer a wide selection of games as compared to Xbox One and PS4, let alone PC. It’s best games out there are currently Skyrim and Super Mario Odyssey. Are you kidding me? And Skyrim is such an old game now (Nov 2011), unless you are into classics.

It’s for sure we won’t see much graphic intensive games anytime soon. Related: Classic Gold Games That You Might Not Have Heard Of

To counter the Nintendo Switch with its main capability of being able to play on widescreen or portable, allowing it to be enjoyed anytime at anyplace, even on a plane (as advertised). Game progress will be saved, so gamers do not need worry at all.

That’s the only advantage of this console though. Response from Xbox and PS4 was almost instant and proved better and convenient.

Wow, the atmosphere… wish I could be there too.

Recent “scam” cases like No Man’s Sky, Dead Rising 4, etc. has made everyone wary (at least for me). People are afraid to spend money if it’s another broken promise.

How bout no one playing?

Nintendo Switch advert claimed to have at least 3-6 hours of battery life and is a powerful console. We don’t know for sure how true is that since battery life and powerfulness never go hand in hand. But again, we do know that the specs are nowhere near Xbox/PS4 level.

Note: All these factors doesn’t mean Switch will fail. In fact, the iPhone was heavily criticised by so many reputable sources and was doomed to failure, and now it’s one of Apple’s primary revenue source.

Here’s the main reason why Switch will still succeed:

It’s inferior specs. Yep, you heard that right. It might not seem like good news for you, but it is to many aspiring game developers. Don’t you feel like quality games like Bioshock are so rare these days? Why are there so little games out there in the market now?

It’s because of the high graphics in present console systems. Too intense, too expensive. It is common to see new game companies go bankrupt or out of the budget to meet those graphics demanding criteria in games. Imagine how many great games could be brought back to the market because of Switch? And this is why it still has the hidden potential to succeed. Thank you for your time reading, let me know what you think and share this with your friends!

I need a holiday! – A Coping Mechanism

Circles.Life: Consider This Before You Switch Your Telco