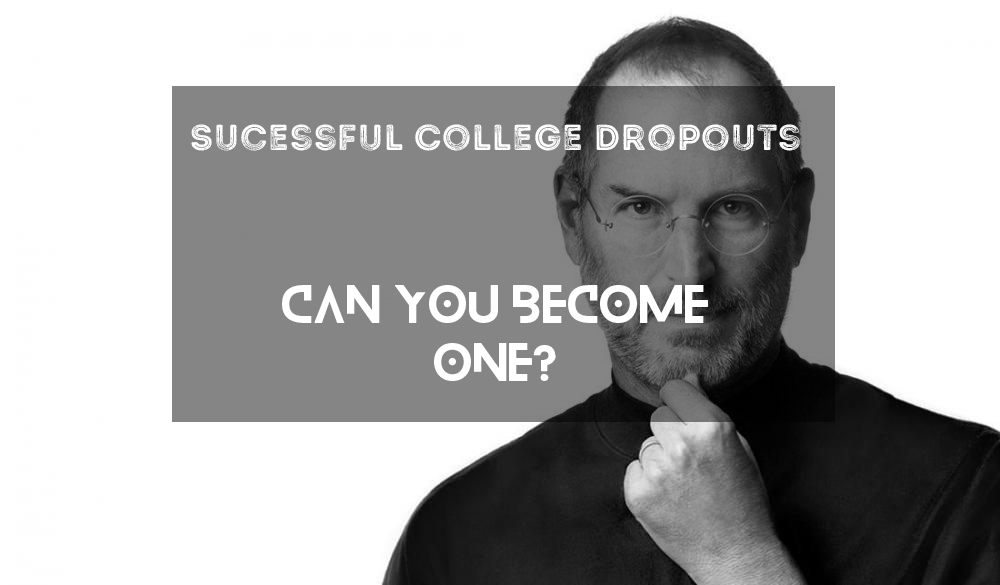 In today’s world, a degree is almost essential to secure a good job. However, qualification is not everything. Attitude and abilities are also critical for one to be successful. We are sure many of you have heard how of the greatest business leaders out there are college (or university) dropouts. And in more recent news, some of you may have chanced upon the article that described how low SES students must focus on grades. You may ask yourself, should you do it? Will you be a successful college dropout? We shall weight the options for you. After that, we will tell you the considerations you should take should you decide to follow the dropout path.

NO – Continue your education

Before you go listing examples of successful CEOs who did not complete their University education to your parents, you need to know what these people they have in common. The three qualities these people have are:

By eyes, we mean foresight. Many of these business leaders can predict how the market will look like in the future. They can see what is lacking in the industry and they are willing to create something to fill in the gap.

All humans have a brain, but these CEOs have a better brain than most of us. They are incredibly smart people. Not only can they see where opportunities lie, but they also have the talent to act too! Most of them can put their skills and brainpower into developing their product. Also, they have incredible willpower. They learn from their failure instead of sulking over it.

Having said all that, there are tons of people with a good brain and can see what’s lacking. In such a vast world, sometimes success only comes when everything goes right or when nothing goes wrong.

It goes without saying these successful dropouts do not sit around at home and do nothing after dropping out. They hustled and worked to continue to develop their product.

Hence, if you know you are the type that will laze around after quitting school, don’t drop out of college to start your own business.

YES – Be a College Dropout

Many of you may not know who this guy is or have never heard of him before. However, we can guarantee you are using something he created. Can you guess what it is? It starts with W! If your answer is Whatsapp, you are correct! Koum was the CEO and co-founder of Whatsapp, the most popular messaging app today. And here is his success story.

When Koum bought his iPhone in 2009, App Store was only a few months old. However, he saw the potential of what the App Store could bring. He sat down with his friend, had a discussion and came up with the idea for this mass messaging app Whatsapp. Why Whatsapp? Apparently, it sounds like “What’s up!” Koum founded the company a week after this meeting.

Koum was not a scholar and came from a humble background. But this did not stop him. He purchased his first computer at the age of 19. What’s impressive is that he picked up computer networking simply by reading the manual he bought at a bookstore (Yes, reading is good) Learning about computers is not an easy task. If one can self-learn to such a professional level, it definitely says a lot about one’s intelligence and determination. He enrolled into San Jose University. During his candidature, he was hired by Yahoo as an infrastructure engineer. Remember, back in the 1990s, Yahoo! was a very successful technological company. Just imagine yourself being employed by Google while you are University. How amazing will it be? After joining Yahoo!, Koum left his university a while later.

In the beginning, Whatsapp was not popular. However, things turned for the better when push notifications was introduced in June 2009. This allowed Whatsapp to notify users whenever there is a new message. It started with some close friends using it in place of SMS. It then gained a larger user base and became what it is today. In February 2014, Mark Zuckerberg invited Koum to have dinner and proposed to acquire Whatsapp. Whatsapp was officially acquired by Facebook 10 days later at USD 19 Billion!

A little fun fact, before creating Whatsapp, Koum applied to join Facebook but failed. If he was accepted, maybe there won’t be a Whatsapp today. A blessing in disguise huh?

Since Zuckerberg appeared in Koum’s case study, we will now share Zuckerberg’s success story too.

The inspiration for Facebook may have come when Zuckerberg was in the prep school, Phillips Exeter Academy. At the prep school, there was a student directory published called the “The Photo Address Book”. Students called it the Facebook. These photo directories are essential in private school as it contains information about the students such as class years, their friends and telephone number. Notice how much of this information are available on Facebook when you visit someone’s profile today?

Zuckerberg started to use computers and learned to program in middle school (about 11-13 years old) Initially, his father taught him Atari BASIC Programming but later hired David Newman to teach him. During his school days, he created “ZuckNet”, which allows the computer at his house to talk to the computers in his father’s dental office. Some called it the primitive version of AOL’s Instant Messenger. Also, Zuckerberg created Synapse Media Player, which utilises machine learning to track user’s listening habits.

When he entered enrolled into Harvard studying psychology and computer science, he was already known as a programming prodigy. He created CourseMatch which helps to allocate class selection decisions based on the choice of others. He also created Facemash which allows students to choose the best-looking person from a set of photos (something like Tinder just that it’s not for matchmaking purpose.) In 2004, Zuckerberg launched thefacebook.com. Shortly after, he dropped out of Harvard. 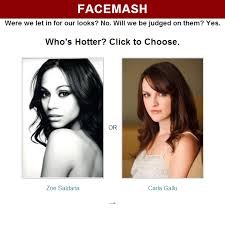 Zuckerberg and his co-founders moved to Silicon Valley after starting Facebook. Over there, they manage to get the attention of Peter Thiel who invested in the company. Thiel is also an investor in LinkedIn, Stripe, Quora and Asana. He also co-founded Paypal. With so many tech startups at Silicon Valley, it is not easy to gain the attention of someone like Thiel. Many big companies also offered to buy Facebook, but Zuckerberg and friends turned them down. Since then, Facebook has never stop growing.

In a CNBC article, Zuckerberg himself also agreed his success comes from luck too. He was born and raised in a privileged family with financial security. During a Facebook Live, he admitted that it is hard to be this successful with just a good idea and hard work. Luck is needed too.

When Altair 8800 was launched, Gates and his friend Allen saw the potential to implement the BASIC interpreter language for the system. They contacted Micro Instrumentation and Telemetry System (MITS) and offered to demonstrate this implementation. The funny thing is when they contacted, they neither own an Altair machine nor have the code ready. Yet, they managed to get the demo ready in a few weeks which resulted in a successful meeting.

In July 1980, IBM approached Microsoft for an operating system for IBM’s upcoming personal computer, IBM PC (Creative naming.) Gates initially suggested Digital Research to IBM, but the meeting went poorly. Gates then proposed a similar operating system,  86-DOS developed by Seattle Computer Products (SCP). Microsoft and SCP had a deal to be the exclusive licensing agent and then later full ownership of 86-DOS. Microsoft adapted 86-DOS for the PC and delivered it as PC DOS for a one-time fee of $50,000. Gates predicted IBM’s system would be cloned and hence did not transfer the copyright on the system. This is where Gates foresight come into play, with the press of the time hailing him as the man behind the machine. Later, Microsoft went to develop Windows, Office and many other software. 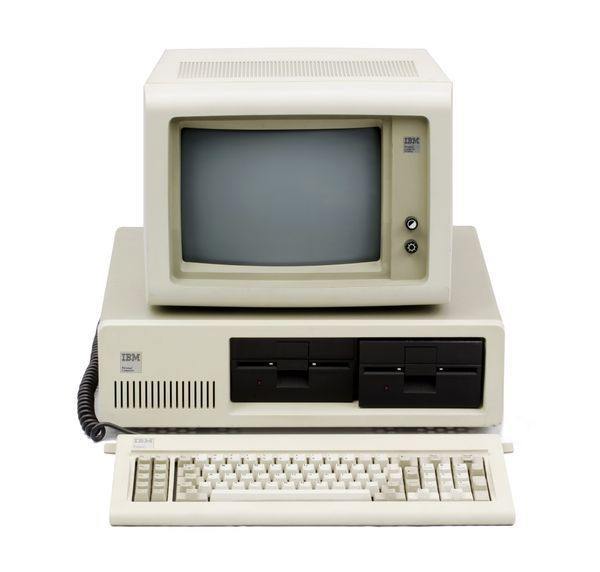 Gates was very academically inclined. He was a National Merit Scholar and scored 1590 out of 1600 for his Scholastic Aptitude Tests (or what people usually called SAT). Obviously, this score is enough for him to study law at Harvard. However, Gates decided took mathematics and computer science lessons instead.

Like Zuckerberg, Gates was also lucky enough to be born into a well to do family. This allows him to concentrate on his coding interest instead of splitting his attention to his family. Despite all this, Bill Gates could not become who he is if not for one person. The video below by ColdFusion does an excellent analysis of this. We strongly recommend watching the whole video!

For those who are unable to watch, here is a quick hint. Remember Digital Research we mentioned above? Because the founder of Digital Research did not care enough and was not at home when IBM came, Gates gained the benefits. Sometimes, one man’s fortune is another man’s misfortune. Sadly, this is the case here.