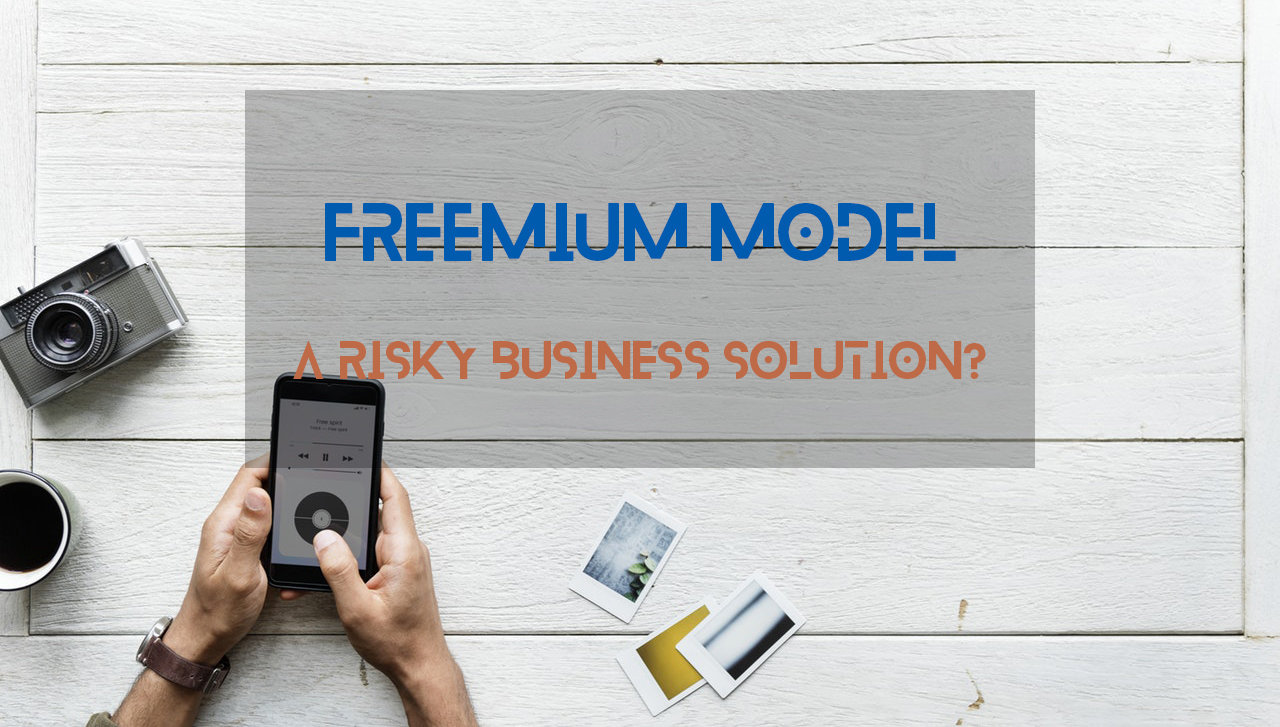 Due to falling computing costs over the years which is observed by Moore’s law, as well as the boom in cloud computing, the freemium model is more viable now. Companies that adopt and achieve an average conversion rate should be able to cope with expensive marketing expenditures. Just in case you didn’t know, everything freemium is marketing.

However, the very marketing strategy of enabling an app to be “free forever” still poses a huge challenge to mobile app developers who want to adopt the freemium model to attract a larger user base – finding the right balance user experience and incentive to purchase premium add-ons. How do developers limit the functionality of an app but at the same time making free users want more? How do they entice free users enough to make them eager and willing to part with their wallets?

An outstanding conversion rate for free-to-paid is 4%, like Dropbox while normal rates range around 1%, given that users are reasonably active. Without this, apps can make huge losses from either having a large free user base but few purchases or having very little users to begin with due to overly-incentivised “pay to win” model. To achieve a successful freemium app, mobile app developers must first consider the following factors.

Tech Support Dilemma: Should We Provide it for Free Users?

Tech support, server and hardware costs must be well covered by the premium users to be able to subsidise the cost incurred to serve free users. In some cases, app developers might choose to omit support from free users to cut costs. Doing this exercises lots of discipline, as providing support is crucial in boosting their free-to-premium conversion rates. Developers would often utilise forums to make up for the lack of tech support given by the team. This strategy only works with apps/services with a strong user base and community; having a ghost community forum would only backfire greatly on the app’s reputation.

Users who email tech support would naturally expect a speedy and useful response from the team, even if they are using the service for free. Although it may sound easy to say “let’s give less and slower support to free users”, one may find it even costlier and time-wasting to serve free users since different issues deserve varying levels of attention and focus. Great tech support will give a good name to the company, but also deplete your resources like a wildfire.

Monetizing Free Users, Switching it up to Ad-Supported

Another way to monetise the app without worrying about the proportion of premium users of the total user base is through display and video ads. Companies such as Spotify has adopted this hybrid approach of serving advertisements to free users and at the same time enticing premium features, which includes no ads, to them.

Ads can be easily installed via software development kits (SDK) with advertising platforms such as AdMob by Google and Facebook Audience Network. The payout from ads are usually on cost per mile (CPM) or cost per click (CPC) basis or collated as a single effective CPM (eCPM) rate. Of course, this comes at a risk of ruining the user experience of your app and in some cases, can be viewed as intrusive. Users may take measures to block ads with plugins and tools, which is evident in Spotify’s case, where 2 million users have been evading ad serving.

Scaling premium model is another viable way to increase free-to-premium conversation rates. By offering differently priced plans to users, it solves the problem of adverse selection as users can select the plan that is best suited to their needs. On the other hand, this solution of screening can add a barrier to upgrading, where users may stick to the lowest tiered plan and enjoy minimal benefits. It is advisable for app developers to adopt a combination of tactics and strategy to develop their freemium model to ensure high conversion rates. One common tactic is to limit the low tier plan to one device. Subscribing to more premium plans would entitle users to use up to more devices as well as the option of account sharing.

While Netflix typically only offers a one month trial, Grammarly took a step further and used to be the main culprit in this amazing freemium strategy. The usage of a premium trial coupled with a discounted annual premium package almost always seem to attract enough attention and impulse from free users to convert. It is known that Grammarly can be quite ridiculous with their discounts (as seen below). So do keep a lookout for their email newsletters!

Of course, such attractive deals are also prone to cheapskate users. Measures should be implemented to limit a single account creation per device/IP address.

This infamous paywall method applies more to news and media sites, who are attempting to place a price tag on their content.

Websites like The Straits Times and The Economist offer limited numbers of posts for free each month, then require payments before any further content can be accessed. Subscription apps are usually purchased in weekly, monthly, or yearly intervals, and target users likely to become loyal consumers of the type of content provided by the program. Less aggressive online news hubs like CNN would instead place friendly popup notifications to encourage AdBlock users to whitelist its site to protect ad revenue.

Subscription services provide steady streams of revenue for news companies but also require the constant addition of new and relevant material in addition to the normal material to distinguish premium readers to free ones.

Do you have any more creative ideas for how a freemium model should be? Let us know in the comments below or email us at [email protected]!