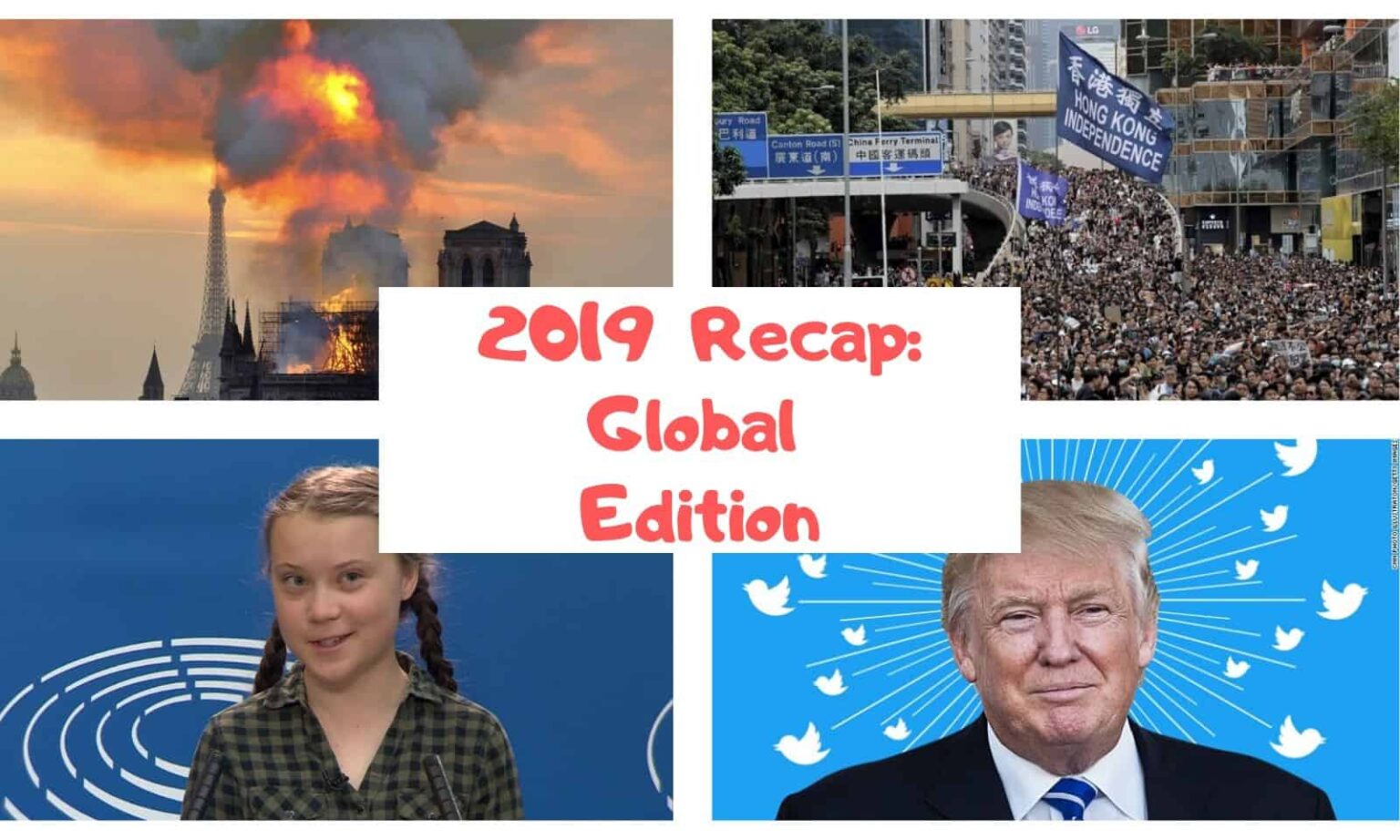 As 2019 comes to an end, we will be doing a global recap of the major events that happened in each month.

January: China lands on the dark side of the moon

First on our Global Recap – On the 3rd of January, China successfully landed a spacecraft, Chang’e-4, on the far side of the moon. While Soviet Union (now known as Russia) and the United States have previously landed a spacecraft (and even humans in the case of US), this is the first time that we got a glimpse of what is on the dark side of the moon. Chang’e-4’s mission is to gather evidence to help better understand the formation of our only natural satellite. It is also a mark of China’s technological superiority with this breakthrough.

US President Donald Trump and DPRK Supreme Leader Kim Jong-un met in Hanoi, Vietnam for their 2nd meeting. This was following the historic first summit held in Singapore in June 2018. Like the first one, this gained international media attention. However, the 2nd summit was ended earlier by the US and no agreement was reached. The DPRK wants all sanctions to be removed while the US is seeking complete denuclearization from the DPRK side.

On 10th March, Ethiopian Airline Flight 302 crashed 6 minutes after takeoff, killing all 157 people aboard. This was the 2nd Boeing 737 MAX 8 plane that was involved in a major incident, with the previous one being the Lion Air Flight 610. Shortly after the Flight 302 crash, the Boeing 737 MAX 8 was grounded worldwide. Investigations revealed that it was due to an error on the MCAS system, which automatically lowers the nose of the plane. For a more detailed explanation, check out the video below.

Notre-Dame is a medieval Catholic cathedral built in the 12th to 14th century. It was continuously restored and had undergone various redecorations over the years. On the 15th , Notre-Dame caught fire. The spire and the oak roof of the building was destroyed. Some speculate that it was connected to the ongoing renovations. Immediately after the fire, French President Macron promised to restore the historic building.  Due to this fire, the Christmas mass was not held at Notre-Dame for the first time in more than 200 years.

On the 24th of May, same-sex sexual activities, and same-sex marriage was officially legalised in Taiwan. This is following more than a decade of Taiwan pride movement which started in 2003. A third gender option will be added on passports and other official documents from 2020 onwards. This is a significant event as Taiwan is the first place in Asia to recognize same-sex marriage.

One of the biggest news stories of the year is the Hong Kong Protest. The first large scale protest started in June, with claims of 1 million people joining the protest. It started due to the proposed extradition bill. Many major events have occurred. Tear gas was fired, the legislative council was stormed, roads and airports were shut down, violent protesters were shot. Anti and pro-government supporters have each shared their own stories to garner support. Hong Kong protesters have issued their demands, the extradition bill was scrapped, China has issued warnings and the US has signed into law the Hong Kong Human Rights and Democracy Act.

El Chapo is one of the most famous drug lords after Pablo Escobar. His drug charter is believed to smuggle more than $12 billion USD worth of drugs around the world and has caused Mexico to be known for corruption. He is so famous that there is even a Netflix series about him. On the 17th of July, the federal judge sentenced him to life in prison. However, the Sinaloa Cartel is still one of the most active drug cartels in the world.

On 7th August, 46 states signed the Singapore Mediation Convention, formally known as the United Nations Convention on International Settlement Agreements resulting from Mediation. The convention is intended to enforce a cross-borders settlement agreement between parties in the mediation process. Interestingly, the UK, EU and Australia have yet to sign the agreement.

“How dare you?” is one of the most famous lines (or meme) from Greta Thunberg’ speech. It sparked strong awareness of the environmental issues by condemning world leaders at the United Nations headquarters. She was also famous for taking a boat from Virginia to Portugal instead of, taking a flight which leaves a massive carbon footprint. After her speech, she drew international attention. She gained praises for her bravery, with some world leaders agreeing that they had failed her generation. There were also many world leaders that instead criticised her. She also inspired many internet memes. Sadly, like many things on the internet, people move on and environmental issues slowly became less of many people’s concern. One good thing for Thunberg is that she won the Time Person of the Year 2019. Kudos to her!

October:  Leader of the ISIS killed

Abu Bakr al-Baghdadi was killed by US forces during one of their operations on 26 October. He is the leader of the terrorist group, ISIS, and was one of the most wanted man in the world for his brutal killings and activities. This is a big political victory for Donald Trump, following his predecessor Barack Obama’s success in taking down Osama. However, this does not mean the end of ISIS as a new leader was shortly named afterwards and the war on terror continues.

Google Stadia is one of the most hyped events in the gaming world. With Google Stadia, you can stream games off the cloud. You can stream games from your Google Chrome browser, on your desktop, smartphones, smart TVs or Chromecast devices. The games offered here are good games too. They include NBA 2k20, Borderlands 3 and Red Dead Redemption 2. It also promises low latency gaming provided that the internet connection is good enough. However, it is currently only available in 14 countries and the response the initial release is not that great.

Last on our Global Recap – On December 18, the House of Representatives in the US approved the impeachment of President Donald Trump on counts of abuse of power and obstruction of justice. This makes him the third president to ever be impeached in US history. The leftists quickly celebrated this victory and the rightists argued that the process was too swift and unfair. However, this does not mean Donald Trump is removed from power and it is highly unlikely he will be. Impeachment simply means that Trump will face trial in the US Senate. Since it is controlled by Republicans, there are most likely going to support Trump.

Which event struck you the most in this global recap of 2019? Do share with us why in the comments!