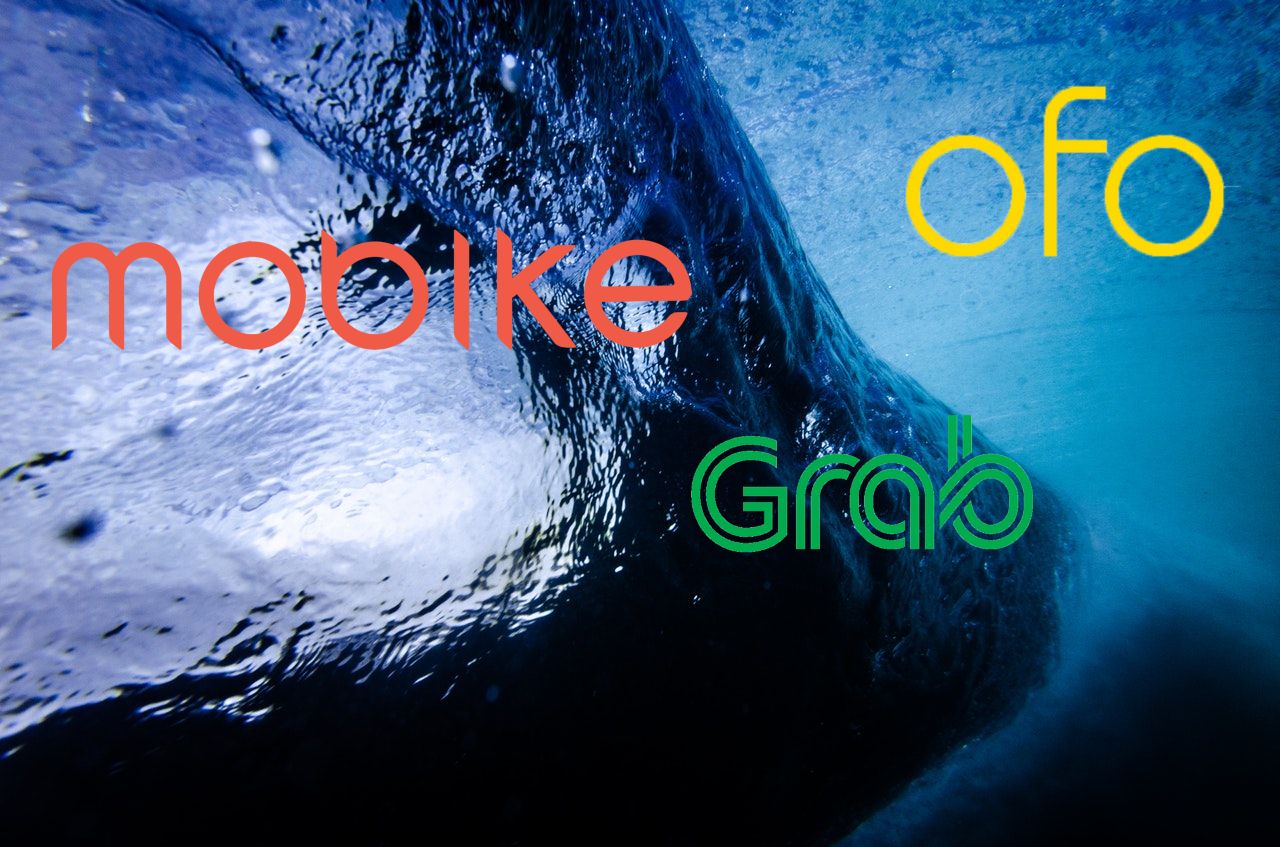 Bicycle sharing. It used to be foreign in Singapore. Some shunned the idea of sharing bicycles due to financial or hygiene reasons. There are also those who thought bicycle sharing isn’t possible in Singapore for reasons unknown to humankind.

Bicycle sharing is an ordinary situation in other countries especially European ones. They’ve been running bicycle sharing services since 1997 thanks to a company called Clear Channel which was known as Adshel during that period. Their bicycles can be hired by anyone but were limited to only 30 minutes or less, of travel time per bike. Numerous bicycle stands were placed all around the country enabling anyone to use it at any given time.

Fast forward a year later, and Singapore still seems somewhat befuddled regarding which bicycle to choose from if they had to pick one of the three of them. We can’t just download all three unless you have extra storage in your phone to spare. While Earthlings seems to develop services that’ll enhance one’s livelihood constantly, there has yet to be any development when it comes to a software or an app. that’ll enable one to transfer or load your entire mobiles contents instantly. And no, I’m not talking about the cloud! Or better yet, why had there not been any phones that offers storage space that goes beyond the gigabyte capacity. How about terabytes? That’ll be beneficial to many apart from the user him/herself. Apps need not be sacrificed for the sake of making room for more snapshots of what’s on your plate. If phones with terabyte storage exist, we’re able to pleasantly snap anything, anywhere and anytime without fretting over the constant “Insufficient storage” pop-ups which one is usually greeted with whenever you click the shutter button of your already filled up phone, ever too often. Long story short, downloading all three apps (OBike, Ofo and Mobike) take up too much space on your phone and people tend to download one or two and not all three of them.

So how do these three differ? Knowing their differences may guide you in your decision-making situation involving the aforementioned three.

oBike is a company that was founded in Singapore in January 2017. They have been branching out their bicycle sharing service to 24 other countries upon witnessing the success of their launch in Singapore. This includes Korea, Netherlands and Sweden to name a few. Obike takes up 77.5MB.

oBike bicycles are mainly silver or white with patches of orange on its plastic chain guard, seat, basket, rims and logo that’s plastered on the down tube. Their seats are wide, padded and anyone can adjust its’ height to their liking. For those wondering if this bicycle provides lighting when it’s used at night? Yes, they do. It’s equipped with Dynamo electric lights, to be specific.

What’s required within the app is what sets oBike apart from their opponents. One is required to pay a deposit before they’re able to use or check out what oBike has to offer. This isn’t the case for Ofo and Mobike whereby one will be able to browse through the app and even gain access to its map function without the need to pay a deposit.

Nonetheless, it’s highly doubted that oBike’s deposit amount is one that’ll render anybody to bankruptcy. It’s even drastically reduced if you’re a student. Working adults ought to pay $49 worth of deposit whereas students, $19. Do note that oBike has to verify if you’re genuinely a student and it’ll take a day or two after you’ve submitted details or a picture of your student ID. Hence, the student discounted deposit price will not be an instantaneous situation.

Upon depositing, users will be able to rent any oBike bicycles anytime and will be charged every 15 or 30 minutes of their riding time. Payment will be made the minute you’ve locked the bike as to which oBike will notify the total cost of the entire ride. The money will then be deducted automatically from your already stored debit/ credit card which was keyed in when you first made payment for that deposit.

Just like other bicycles in the bicycle sharing field, you’re able to use the bike upon unlocking it by scanning the QR code that’s placed on the lock or manually key in the bicycle number in your device. The bolt would swing open if either the scan or what you’ve keyed in were successful. One must ensure that internet connection is stable and Bluetooth is on else it won’t unlock.

Locking the bicycle isn’t an automated affair. One ought to use your own fingers to manually push the ledge on that padlock down to completely lock the bicycle. Failure in doing so will enable others to ride on the bicycle for free whereas, you who didn’t lock it, will bear the cost of all the rides of others who rode it after you which may be a huge sum if people constantly rode it without locking with the hopes of getting a constantly free ride.

Another feature that sets oBike apart from others was made possible thanks to their recent partnership with Tron. This enables users to pay with oCoins; oBike’s cryptocurrency. This move is the first for a bicycle sharing app.

Additionally, oBike enables one to reserve a bicycle for at most 10 minutes.

ofo was founded in Beijing in 2014. They launched their services in February 2017 just like oBike. It is a bicycle sharing company that utilises on mobile devices instead of using docks which is no different from oBike and Mobike. However, ofo does have several key features that set it apart from their opponents, including how much space it occupies; 46.3MB only, the least out of them all.

When it comes to physical appearances, yes, it’s structure is indeed somewhat similar to oBike with a basket and a bell embedded within the handle. However, it’s colour is vastly different from others. It’s completely Tuscan sun yellow. This choice of colour proves handy for it enables anyone to spot and identify the bicycle, be it near or far.

Just like oBike, ofo’s Smart lock is also placed around the back wheel. Their seats aren’t as wide as oBike but seem to be moulded to provide a much more sporty feel. Users are charged 50 cents per trip but a new feature; ofo Pass, was added recently that enables users to pay 50 cents for seven trips, $1.50 for 60 trips and $4 for 90 trips.

Another thing that sets ofo apart from their opponents involves payment. One needn’t simply rely on credit or debit cards to pay for their ofo rides. ofo also accepts payment from Alipay and WeChat.

And yes other than the basket, ofo bicycles are also equipped with night lights which flickers automatically whenever you cycle.

Alas, unlike oBike, ofo does not let their users reserve their bicycles. Not even for several seconds. So do keep your eye on it if you’re keen on riding it later for that desired ride of yours may be swept away by another person who isn’t aware of your intentions of riding that later.

Just like ofo, Mobike is also founded in Beijing by Hu Weiwei, Wang Xiaofeng and Xia Yiping. They formed Beijing Mobike technology Co. Ltd. on the 27th January 2015. Its services finally landed in Singapore on the 21st of March, 2017. It occupies 101.5MB.

Unlike oBike, Mobike users are still able to browse around its app before placing a deposit of $49. Fret not, that amount is refundable and so is the deposit placed for oBike.

Mobikes bicycle has silver down and seat tubes. Their rims, spokes, basket and logo are all reddish-orange.

Mobikes services are one that has expanded the most out of them all, with it being available in over 200 cities. This includes Florence, Chile and Sapporo, to name a few.

If you’re a thrifty being who goes after promotions like how bees are whenever they spot pollen, then Mobike may not be the ideal one for you. While promotions are aplenty for both Obike and Ofo that enables you to enjoy free rides during festive seasons, promotions seem scarce when it comes to Mobike.

One factor that makes Mobike stand out against their opponents is their ability to reserve their bicycles for a maximum of 15 whopping minutes. This is undoubtedly a boon for those who’d like a ride back from somewhere but ought to stop by elsewhere on foot before hopping onto the bicycle.

Thus, take your pick! They’re all free and are available for download across IOS and Android devices.