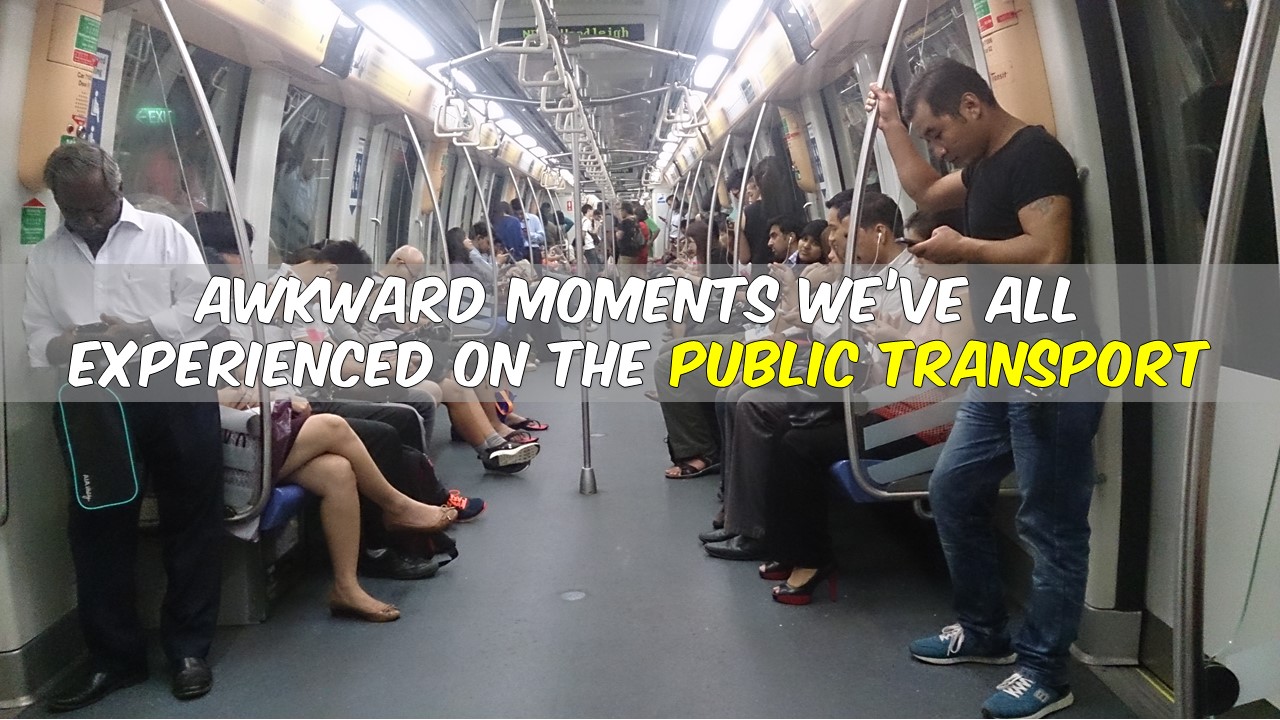 If you take public transport on a regular basis, it is common to have experienced some awkward or unexpected situations while commuting in buses and trains. You might even be the one causing the situation unknowingly.

#01: People trying to push their way out of the entrance

As you are also about to alight at the next station, you might see commuters not far away from the doors pushing and squeeze their way out way before the train comes to a halt.

We understand that it can be difficult at times to alight when the train isn’t packed or when inconsiderate passengers do not give way, but it is sometimes too early to push and squeeze through the crowd depending on how far you are away from the train doors.

It can be irritating to have someone in the train who speaks at the top of their voice, watch or listen to their favourite movies and songs with speakers on. Most of the time, commuters just want to rest or read some articles but are unfortunately interrupted by the noise pollution in the train.

It is not wrong for people to talk or laugh as long as commuters to keep their activities at a reasonable volume and duration. For instance, it would not be polite to the others if passengers talk on and on from Jurong East to Redhill, knowing that people are trying to have a pleasant ride.

#03: Blasting music through your earpieces

Although this is not as loud as #02, the beats and bass of the music can be incredibly irritating to your ears if the person is just seating beside you.

#04: Standing at the entrance without exiting and giving way

Whenever a train arrives at a station, it is a common sight to see inconsiderate commuters standing near the entrance, blocking other passengers from exiting. If one is unlucky enough, he or she might have to get off at the next stop instead.

#05: People who take their own sweet time to board the train 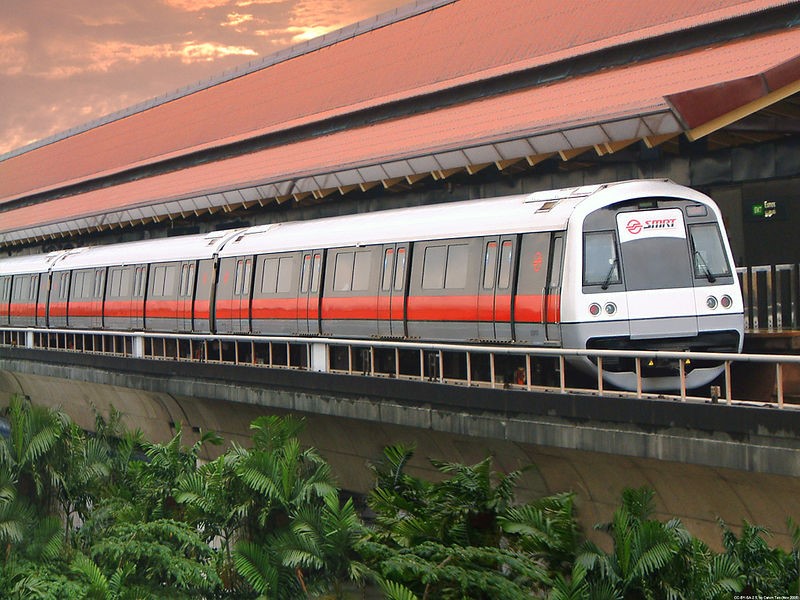 You are running late and must board this train which is going to leave anytime soon. However, despite knowing that the train doors are about to close anytime soon, commuters continue to stroll in ahead of you, effectively stopping you from entering the train in time.

You may argue that these people do not want to get crushed by the train’s doors if they rush into the cabin but come on, is that really the case?

#06: Not giving up seats to needy people

We should all be gracious enough to give up our seats to passengers who need it more. Apparently, this is something that we should all be aware of by now, but there are still people who fail to practice this.

We are not talking about yawning or farting as this is something that is beyond our control. But, commuters who cut their fingernails, dig their nose and ears are simply gross…

It is awkward and uneasy to have hairs tickling your hands or face while seated or standing with them. This cannot be helped especially if the train is packed.

Related: 6 Odd and Unique Japanese Behaviours You Might Not Know

#09: People who do not put down their bag pack on the ground or keep their handbag on their side while seated down

With bags down, there will be more space to accommodate more commuters into the cabin and passengers would be able to move in and out more freely.

There are also passengers who do not place their handbags on their lap and keep their handbag on one side of their shoulder, leaving the train with lesser space.

#10: People who sit sideways with the handbag facing diagonally behind

These people are unaware of the awkward space that they are causing to the passenger beside them. The handbag handles also tend to drop and tick you as throughout the journey.

Some people spray excessive perfume without taking into consideration that there are commuters who are sensitive to fragrance, especially asthmatic and people with nasal allergies.

#12: People who do not move towards the rear to allow more commuters into the bus

It can be frustrating not to be able to board a bus when you know that it could have fit more people. In the end, you may have to abandon the bus just because some passengers do not want to squeeze in more towards the rear.

#13: Stompers who took photos of “ungracious” people not giving out seats

It can be furious and disheartening to see passengers not giving up their seats to those who really need it. Naturally, there will be stompers who want to shame those “ungracious” people. Stompers should ask or remind other passengers to give up the seats instead of “stomping” them behind the camera and upload it to the social media.

Furthermore, there could be instances where people who look fit but are unable to stand for long periods of time due to kidney and back related problems. We should remind ourselves not to judge the book by its cover.

#14: Staring into your direction

It is awkward to have someone who looks or stares into your direction, be it intentionally or unintentionally. You just don’t know how to react, and the only solutions are to pretend to use your phone or close your eyes.

#15: Dropping heads on next person’s shoulder

You are using your phone when the person beside you suddenly drops his/her head onto your shoulders. Though it can be irritating, we all get tired sometimes.

What do you think?

Out of all the behaviours mentioned above, let us know what you have experienced while commuting via StrawPoll or enter it in the comments section below.

Related: 10 of Your Favourite Things in the 90s – Extremely Nostalgic!