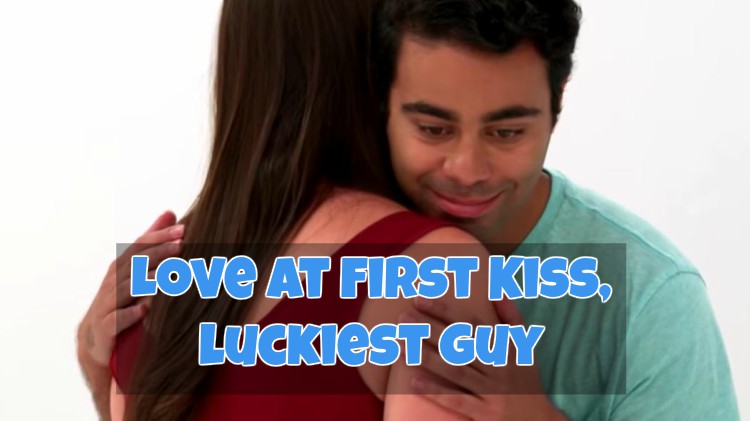 Cringe Fest: With all the craziness and madness in the world today, you would think that at least your partner is the only normal thing around to keep you sane. Well, not in TLC’s worst reality series – Love At First Kiss. Originally referred to as The Learning Channel where it was heavily focused on educational content, the name was shortened, and the TV network shifted its focus towards reality series involving lifestyles, family and personal stories in the late 1990s.

Love at First Kiss aims to break all boundaries of love. Two complete strangers will kiss each other at first sight without any proper introduction. By fully going beyond their comfort zones, TLC’s love reality show finds out whether one kiss could lead to everlasting love, or end in total despair. If it is the former, both parties could proceed on to have a 2-minute speed date and make a decision whether to continue dating in real life.

Have a look at the story of Josh Basili, an awkward individual who has never kissed before in his entire life before entering the show. He is 27.

Cringe Fest: Maybe I will be able to slip tongue…

Josh returns to the show and gets himself a second attempt.

Skills to Pay the Bills

After having failed miserably two times, the show decided to go all out in helping the hopeless Josh find true love. Josh was called back to take on kissing lessons to sharpen and hone his non-existent skills. The coach, Erica Rose, commented that Josh opens his mouth without doing anything and “that’s how you kiss your grandmother”.

What a brutal way to crush a person who already has almost no ego.

Not exactly a successful kiss, but yeah you get the point.

Laughed enough? To all you singles out there, no matter how bad Josh is at kissing, he probably got more game than you. He has successfully proposed to his partner, Roxanne, in the video below.

Not only that, but Josh also managed to appear on talk shows like Steve Harvey and is pretty successful in his career ever since.

Do you think TLC should go back to being The Learning Channel? Or should it be rebranded to the Freak Show Channel (FSC) instead and continue broadcasting content like Love at First Kiss? Share and let us know what you think!

On a side note, do you think that Josh kind of looks like Pepe the Frog?

• Chinese Comics or Manhua in Newspapers used to be a Thing

• All You Need to Know about the Bishan Gay