What Is Mentalism: Mind Blowing Tricks (All You Need to Know) 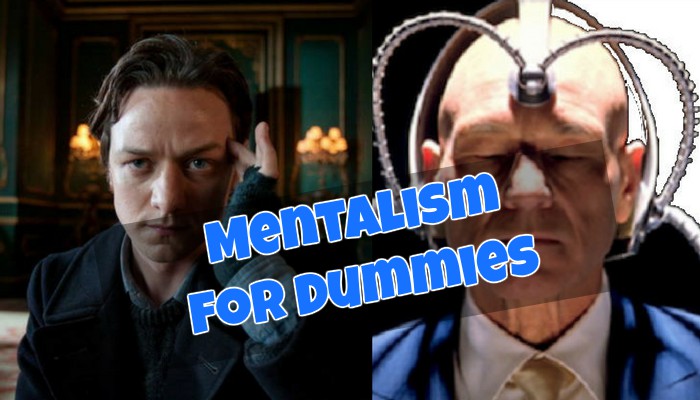 Mentalism, just like magic, is a performing art that dates back to the ancient times. Although tonnes of magicians has incorporated mentalism into their tricks, mentalists have repeatedly stated that mentalism is not magic. Instead, mentalism is all about playing the right cards and asking the right questions to seek the answers from the other party. The “mind-reading” skill will not be sufficient if the other person isn’t willing to cooperate in the first place. Mentalists are mainly entertainers and performers – do not take them as astrologers and ask about your fate and future.

Be it finding out a person’s middle name, passwords or even his or her ATM pin; mentalists will appear to demonstrate a high level of mental or psychic abilities. Their performances tend to showcase talents such as mind reading, mind control, hypnosis, telepathy, clairvoyance, divinations and more. These confusing acts of awe could be a serious business, but most mentalists do it as a form of entertainment.

It is necessary to note that mentalists have mastered the art of deception and can easily influence others. Words and gestures are chosen carefully in hopes of persuading the unknowing party. The audience will already be falling helplessly into the rabbit hole by the time they realise it. In short, mentalism is the power of suggestion.

Main Differences between Magic and Mentalism

”A magician will come to watch a Mentalist work and ponder how he could fit that Book Test into his act but, you will not see a mentalist perplexed in how to present coins across in his show”

In general, magicians love gadgets and props. It is not an uncommon sight to see magicians chasing the next big thing. Even though more successful and professional magicians do not behave in that manner, it only applies to a small proportion of magicians. Mentalists, however, do not crave for such gizmos for most of their tricks.

Illusions performed by magicians usually goes against the audience’s perception of reality and law of physics. Hence, magicians require their audiences to unwillingly suspend their beliefs momentarily to execute their tricks – pretending that the tricks are a result of magic.

On the other hand, mentalists’ illusions have more involvement with their audiences and are more interactive. Even though most mentalists will disclose beforehand that they do not possess any form of special powers, the audience might still question their beliefs/reality, even for just a split second. That “it’s not possible” moment may not be prevalent in the audience’s minds.

Related: Chinese Comics or Manhua In Newspapers Used To Be A Thing

Usage of Mentalism Outside of the Entertainment Industry

Mentalism techniques have been used before for purposes other than entertainment on several occasions. One of the most notable examples in world history was Erik Jan Hanussen. A Jewish psychic but with a Danish cover, Hanussen was able to climb the ranks of the Reich and eventually to find a seat as a confidant of Adolf Hitler himself.

Hanussen was confident that he could get Hitler to see a different side of the Jews as the Jews could aid him in his conquest. However, his foresight failed him, and the Danish cover proved to be Hanussen’s downfall. Small talk about his real ancestry began to grow as he continued to perform publicly and privately.

His cover was ultimately blown after achieving his most famous feat of clairvoyance: predicting the Reichstag fire. He was assassinated/shot and left in a forest shortly after and no one could confirm the exact cause of his assassination.

Other historical events of Mentalism includes:

• Count Alessandro di Cagliostro, accused of influencing members of the French aristocracy in the Affair of the Diamond Necklace

The One Ahead Mentalism Trick

A perfect mentalism trick you can master for a start. The One Step Ahead concept is applicable with minimal props face to face and even over Skype. In this tutorial, Chris Ramsay teaches us how to exploit minuscule details that would have otherwise been forgotten by us through selective memory.

By having that little piece of information beforehand, it is now possible for the mentalist to have “one step ahead” of his target audience. Always remember that mentalism is the mastery of misdirection. Watch the video to learn more.

Not interested in using mentalism for entertainment? Fret not, take a look at these nine tricks which you can use to your advantage in real life situations. Most of these tricks focus on changing the usual choice of words and body language. For example, you could give off subtle signals to the other party so as to influence their decision-making process.

You could also use it to make yourself more approachable, which is particularly useful when it comes to meeting new people, or someone you fancy.

Home » International » What Is Mentalism: Mind Blowing Tricks (All You Need to Know)