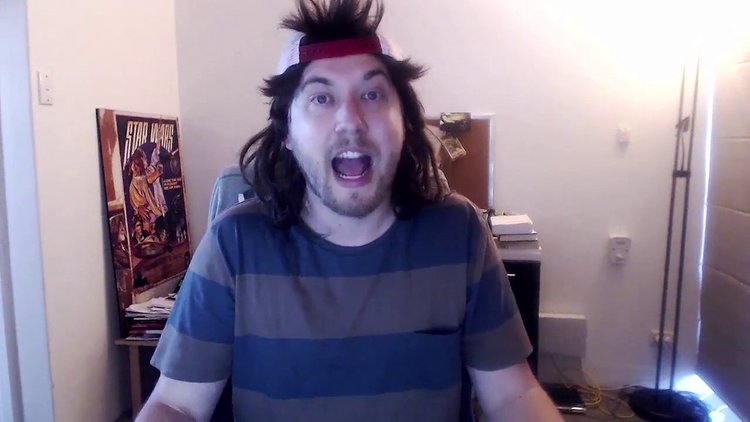 Ozzy Man is one of the greatest sensation in recent YouTube history. Started out as a Got fanatic, his critical analysis videos have now attained top-notch quality. He is like a human Google crawler who digs up the best content on the Internet, adding in a sprinkle of his voice. Although profanities have been used frequently throughout all his videos, it is inserted in so remarkably and hilariously well. It is in no way his profanities promote any offensive behaviour as he would have said it: “What counts as f***ing excessive in one country might not be f***ing excessive in another f***ing country”.

He could have reach a much larger audience if it weren’t for YouTube new algorithm. Anyway let’s cut all the bullshit and list our favourite 10 critical analysis videos (not based on view count). Description of the videos will be kept short to avoid blokes whining about being spoilt and shit.

An Interesting take on the commercial with some intelligent references, some relatable, which will cause you burst out in laughter within seconds of the video. Ozzy Man was able to blend his opinions into the video seamlessly and it may raise some deep questions to some. What is the purpose of phones now anyway?

Described and narrated the video accurately and with great precision. Ozzy Man’s self-created term “f*** you deadlock” probably became viral after that. This video makes you want to laugh so much but you can’t since you’re stuck in shock and awe at the same time.

Excelling and doing a much better job than traditional boring documentary narrators, Ozzy Man relates this video of an Iguana fleeing from snakes to us during our younger lives as students.

Fun Fact: The original video on YouTube did not even perform (3.7M views) as well as his version (4.2M views).

Fun Fact: Ozzy Man has a blog too to make some beer money, it’s at www.ozzyman.com

Ozzy Man analyses the woes of delivery men, getting beat up and bullied by large companies just because of unrealistic delivery policies and unsatisfied customers. Don’t be alarmed that the video on YouTube is only 800K views due to the fact that most of the ad revenue he could have earned was taken away from Facebook “viral” pages. But hey, he seems pretty cool. In fact, he has a strong view of such copyright policies.

By now, you are probably wondering about the number of job opportunities Ozzy Man could have been offered due to his skills to pay the bills. In this video, he proved it again with some strong capabilities of being a Ping Pong commentator. Ping Pong is definitely made great again with this huge shout out.

Hilarious take on the meaning of Trump’s handshake. Because it is so well crafted, nothing needs to be said.

One can say that Ozzy Man is a righteous man. He loves to expose the ugly side of humanity and heavily criticises the woman in this video for being barbaric. Shame on you f***head adult!

It is really the funniest kickboxing match ever seen, along with the funniest commentary. Love the way he is always able to repackage an old video into a totally fresh new product from the heavens.

Once again, Ozzy Man destroys pure evil and warns us to never be a d***head. Or you might end up being critically analysed by him one day to get to earn some free bad publicity. Well, all publicity is good publicity anyway eh?

Related: Why Some Games make it and the rest don’t?

Last but not least, this is a personal favourite picked by our team. Definitely no regrets watching this disgusting yet entertaining review.

Making it big as a YouTube Star requires a lot of skill, marketing, luck and most of all, your support. Be a fanboy today by supporting him on Patreon, TeeSpring as well as subscribing to him on YouTube here.