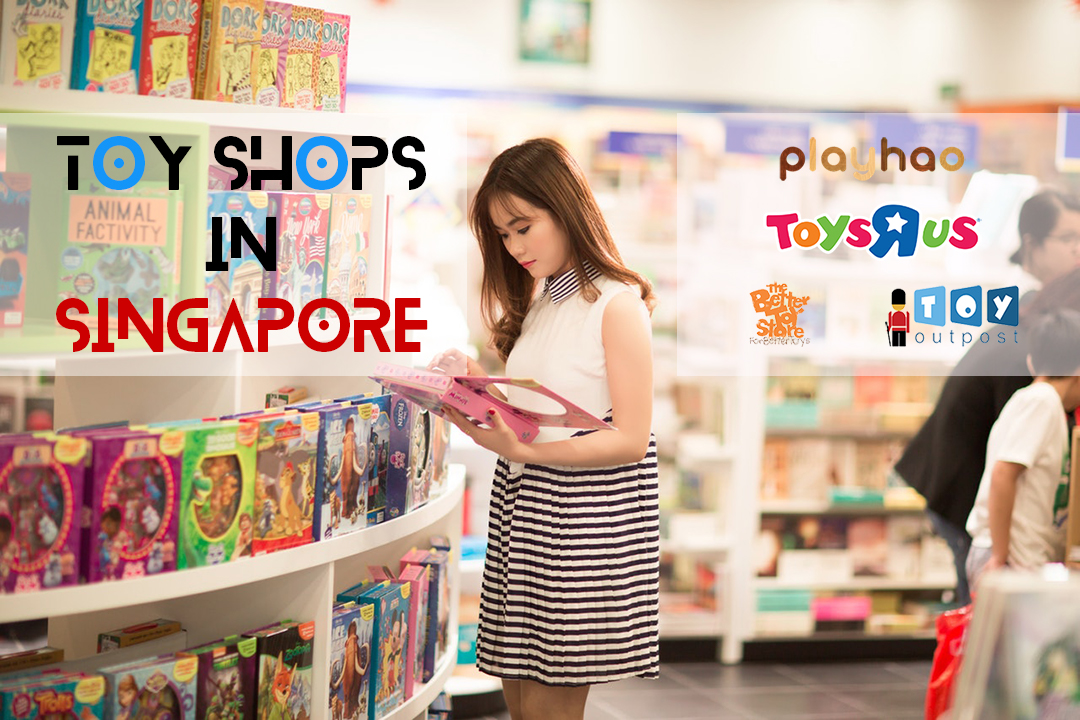 It’s safe to assume that many in Singapore will have Toys R Us in mind when toys are in question. It’s one of the most popular go-to stores that sell toys of all sorts and always chock full of people, be it day or night. What more during the festive Seasons like Christmas and when holidays like Children’s Day are approaching. Ordinary days aren’t exempted either. It’s still frequented by many then, be it young or old. The old can be spotted scanning the racks in search of a toy that’s attached to an ideal price tag for their child or grandchildren. The young can be seen dashing across each aisle erratically, ecstatic over their three hundred and sixty degrees view of toys.

Judging by how snaking queues that lead all the way to the counter aren’t a rare sight to be seen in Singapore’s Toys R Us, it’s rather hard to wrap around the idea of this store being bankrupt, but bankrupt it did. At least for their main America outlets that is. Fortunately, Singapore ones are presumably not too affected by the main stores in America being closed down due to bankruptcy. So, parents and children who had been on their tenterhooks ever since news broke out that toys r us have gone bankrupt can now breathe easy. Singapore’s Toys R Us doesn’t seem to be rolling its shutters down for good anytime soon.

However, this made humans in Singapore wonder how or where toys can be obtained if toys r us were to really shut down and never to be opened for aeons or probably even forever?

Toys R Us has approximately 11 outlets in Singapore ranging from that in neighbourhood Malls to those located at The Central district of Singapore like Paragon and Suntec City. Although more and more America Toys R Us outlets are being closed permanently, the same can’t be said for their stores in Asia. It’s the complete opposite in Asia. In fact, the President of Toys R Us Asia was even spotted stating how new Toys R Us stores are opened in Asia on a yearly basis.

Despite the success of toys r us Asia, the curiosity over where one can obtain toys if toys r us were to close here albeit unlikely, remained. So what other toy stores can be found in Singapore?

Fret not; this article will provide you with three recommendations of alternative toy stores in Singapore that have yet to reach Toys R Us Asia’s stratospheric success but seems to be heading that direction too, nonetheless.

Unlike Toys R Us, Playhao can only be found at one mall; Forum. It’s a local toy shop that sells ‘safe, smart and stylish’ toys.

Most of their toys feature wood. These wood seemed varnished and didn’t seem to be able to cause splinters on the young one’s nimble fingers. Most of these wooden toys are also made in a manner to encourage children to construct something with it like a fort or an automobile, depending on which box you paid for.

Their local touch sets them apart from their massive competitor; Toys R Us. The most apparent local touch featured in Playhao comes in the form of books. Or more specifically, books from Epigram; a publishing company that made books like Harry Grows Up by Patrick Yee and the Lesley-Anne and Monica Lim’s Danger Dan series, a successful paper bag reality. Epigram books are all designed and written by locals. It’s best known for eye-catching front covers and titles that contained the Singaporean Essence which lures both locals and foreigners alike.

Those who find heading to Forum a hassle can also opt for the online method of purchasing their products. Playhao products are available for purchase via their site; www.playhao.com.

The Better Toy Store touts itself as the toy store that sells better toys. Well, who wouldn’t have thought of that? Your store name says it all. It had also claimed that their toys are ‘award-winning, safe, educational and creative’, all of which sounds promising and frankly, costly too. What award-winning toy will cost merely a cent or two?

These balance bikes are made by Kokua and can be used for those who are two years old and beyond. Most of Kokua’s balance bikes are made or of sustainable Beech Marine Plywood. Those who aren’t keen on wood may opt for the aluminium ones instead. These bikes seem sturdy and some, especially the aluminium ones, are notably sold out. Do note that unlike those balance bikes commonly spotted at Toys R Us, balance bikes sold under The Better Toy Store comes at a much heftier price so be mentally prepared for a much lighter and emptier wallet if you do strut into The Better Toy Stores store and somehow fall in love with their balance bikes. They are, after all, aesthetically pleasing.

Apart from balance bikes and wooden toys, The Better Toy Store also sells craft toys, gifts, decors and toys that are designed for parties. It remains unsure of whether this toy store is indeed THE better toy store seeing as to how it does fare pretty high regarding toy designs but price-wise, not really.

The Better Toy Store can be found at Orchard Road’s Centrepoint mall. Those who aren’t keen on heading there for the sake of toys may opt for the online option instead via their site; www.thebettertoystore.com.

Have you seen a store that is stacked with nothing but transparent glass boxes? Chances are, you may have seen it or have stumbled upon it by chance not realising what this store is.

It’s the Toy Outpost. The store that has a whopping total of 13 outlets across Singapore. Hence, it’s possible that the sight of a store filled with glass boxes may have already been seen by many. Yes, the number of outlets they have surpassed the total number of Toys R Us stores that have been made available in Singapore. However, what sets it apart from vice versa?

The aforementioned glass boxes is a distinct feature of Toy Outpost. These glass boxes are stacked on all corners of the store, even at the middle section, with a gap in between the middle glass boxes and those that are located at the circumference section of the store. This gap enables customers to stroll around, peer into a glass box like it’s a museum albeit with a twist.

What twist, you asked?

Galleries in museums enable people to wander around, admire or analyse the artwork but not purchase that particular artwork that’s on display, over some nearby cash register. Toy Outpost, on the other hand, seems to utilise this museum peer-into-the-glass concept but this time, you can obtain an item of your interest that lays behind that glass door. Simply head to the counter, inform the person behind the cash register that you’re interested in an object, show them which object you’re referring to, and he/she will unlock the glass door to retrieve the object that you’re keen on purchasing. Then, voila, you won’t walk home empty-handed.

The items sold at Toy Outpost aren’t pricey either. Their price tags go along the lines of Ali Express or even EZ Buy.

Granted, with prices that go as low as a single digit, you ought to not expect the quality of their toys to be as top-notched as Melissa & Doug. However, they aren’t too shabby either.

Those who yearn to earn some cash out of toys can even utilise this store to their advantage. Make some products that are worthy to be sold to humans. Then, simply head over to an outlet of theirs and pick a glass box that interests you. Inform them that you’re interested in that box although this time, not for its contents but for space itself. Long story short, you’re able to rent any particular glass box in Toy Outpost to sell your items with a rental fee that goes as low as $1.61 per day.

Those who aren’t aware of Toy Outpost glass boxes and are finding it a struggle to visualise how they look like in a store can merely think of lockers with transparent doors. Lots and lots of lockers.

Additionally, Toy Outpost also offers pick up service. Something that isn’t being offered elsewhere. It sounds somewhat confusing so to not muddle their information, simply head over to their site; www.toyoutpost.sg, for further details.

9 No-Bake Dessert Recipes For Everyone