Yeo’s and Tiger Beer Beverage Packaging: Now Vs Then 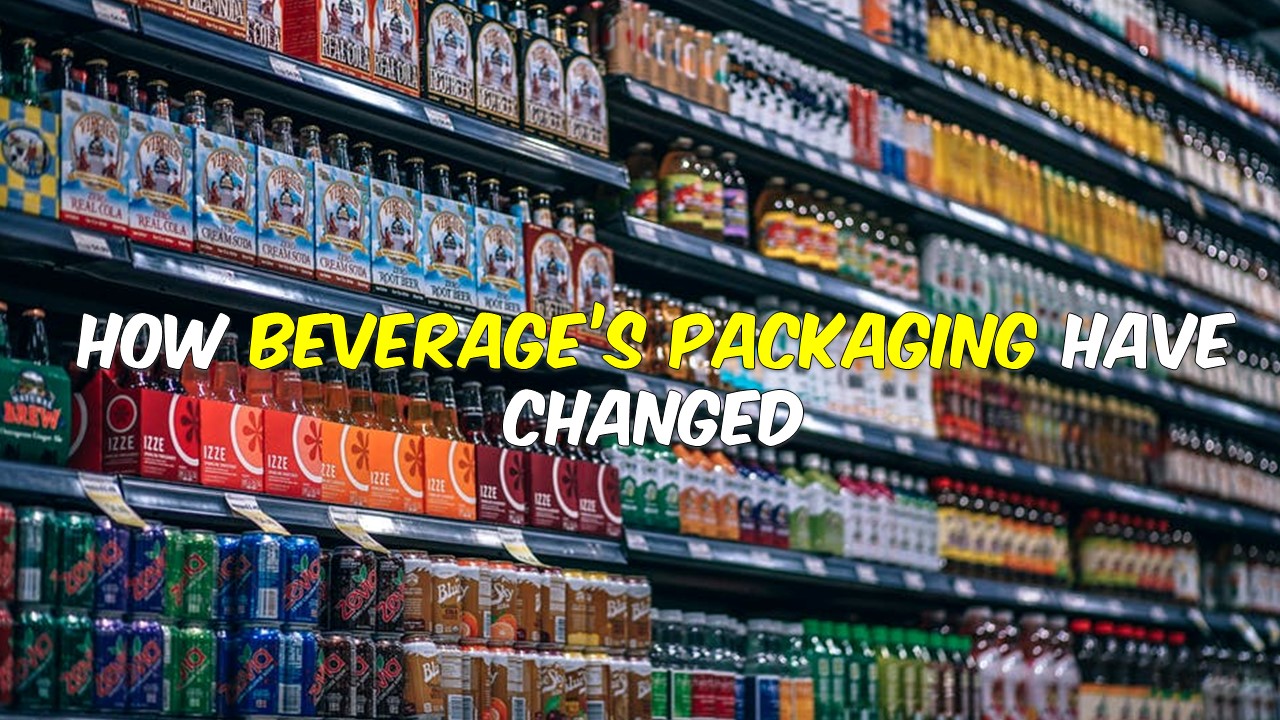 Everyone undergoes change, be it young or old. Boys morph into men oozing with masculinity the moment puberty comes knocking on their door. Adolescence is also the key to womanhood; the time when girls all around the world are introduced to what used to be deemed as foreign to them, like sanitary pads and tampons. Changes can be for the better or worse. It depends on who or what is changed. Yes, what. Things change too. Like, the way products are being packaged. Let us take a look at some of the changes that have been made to local brands of food and beverages, namely Yeo’s and Tiger Beer, over the course of several years.

Yeo’s. They’re a familiar sight to many, especially those who have been residing in Singapore since the 1960s. It used to be packed in a yellow Tetra Brik carton; a packaging format that hasn’t been done before in the food manufacturing realm worldwide, during that period.

Yeo’s offers a wide array of flavours including chrysanthemum tea and soya bean milk, which are one of the first few original flavours that were unleashed on humanity. Yeo’s beverages have now branched out under different categories; 100% Coconut Water, Asian, Ready-to-Drink, Soy and Juice Drinks. Within those categories lies familiar flavours like Oolong Tea, Sparkling Apple and Grass Jelly Drinks to name a few. Yeo’s also didn’t neglect those experimental beings who yearn to stray from the beverages that are deemed ordinary to many with exotically concocted drinks like Chrysanthemum Tea + Luo Han Guo.  Gone are the days when Yeo’s drinks only come in a single sized Tetra Brik carton. You can now obtain some of Yeo’s drinks in cartons and bottles that vary in quantity. And yes, this includes the Chrysanthemum Tea + Luo Han Guo drink as mentioned earlier . It’s sold in cartons with 250ml of juice, and bottles that stores up to 1.5l. Those who find that amount a tad too much for them may opt for the 500ml bottle instead.

Some may wonder, so how does the traditional Yeo’s chrysanthemum tea differ regarding packaging today as compared to yesteryears? While the colour for Yeo’s chrysanthemum tea in the 1960s is solely yellow, with four slightly abstract looking silhouettes of flowers, it now contains specks of green, different shades of yellow and some white. The flowers have been made to look less abstract. Instead, they seem to have gone to a much more realistic route with even droplets of water speckled across the flower petals to possibly achieve a visually fresh feel that may appeal to consumers who are looking for beverages that may freshen themselves up. 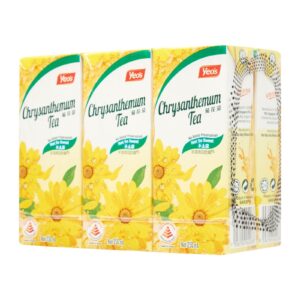 So, which packaging format tickles your fancy?

Some may be unaware that Tiger Beer originated from Singapore under Asia Pacific Breweries Singapore. It was the first ever locally made brewed beer. They began selling it in 1932 and can now be found all over the world; 60 countries to be specific. This is also the very same beer that managed to fare rather well in numerous beer tasting competitions. It was even awarded the Gold Quality award by 2011’s World Quality Selections and labelled as one of Singapore’s ‘most valuable brand’ under Brand Finance’s Top 100 Singapore brands 2012 Report.

Tiger Beer has undergone numerous changes when it comes to offered flavours and packaging. Initially, Tiger Beer sold only classic lager beer in ordinary brown translucent glass bottles that have cream-coloured labels plastered across them with brown borders and an image of a tiger lying under a tree. Thereafter, the logo underwent numerous changes and the word ‘tiger’ is emphasised via the usage of a larger font size in 1962 along with a blue background to juxtapose the orange coloured word; ‘Tiger’. This design is being retained till 1970. Tiger Beer decided to tweak its design a little in 1998 by making the orange and blue portions several shades darker. It also included more gold in its design and topped it off; literally, with a golden wrapped bottle tip. However, come 2005, Tiger Beer decided that their beers ought to have brighter shades of blue in them including the top portion. This explains why all the blue portions of those Tiger Beer drinks during that year seemed brighter than yesteryears. It certainly wasn’t your eyes playing tricks on you.  Finally, Tiger Beer’s design team seemed to have settled for the darker shade of blue when it comes to their backdrop, with a solid gold border for both top and bottom portions of the beer. Nonetheless, one thing remains unchanged; the brown glass bottle. They did introduce canned options in 1965 though; an alternative for those who would like smaller douses.

Tiger Radler is a beer that fused natural lemon juice with the usual Tiger Beer. It aims to inject you with twice as much invigoration. Those who aren’t a fan of food products and beverages that contain additives may unleash a sigh of relief here for this beer flavour is rid of additives. It is also naturally cloudy. 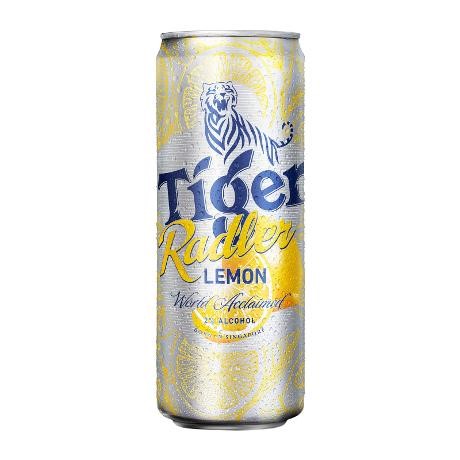 Just like Tiger Radler, Tiger White is naturally cloudy too albeit, for this flavour,  Asian wheat is being added to it instead of lemon. It’s said to contain citrus, coriander and cloves to completely rejuvenate oneself. 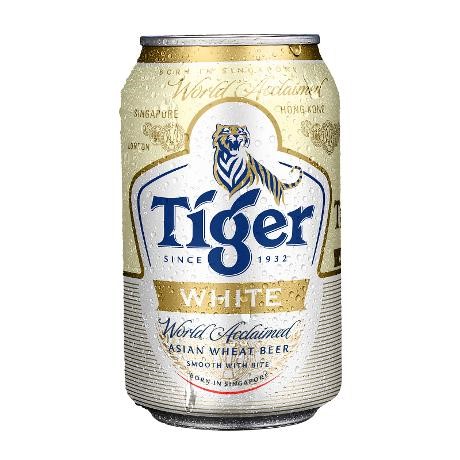 Tiger Silver is the beer tailor-made for those who are concerned if beer consumption will add numbers to the result of their weight seen across the scale. This beer has 24% lesser calories as compared to the original Tiger Beer. Impressively, this beer has somehow managed to retain its usual taste despite the reduction in calories.  It is now being marketed as a Low-Calorie Beer. 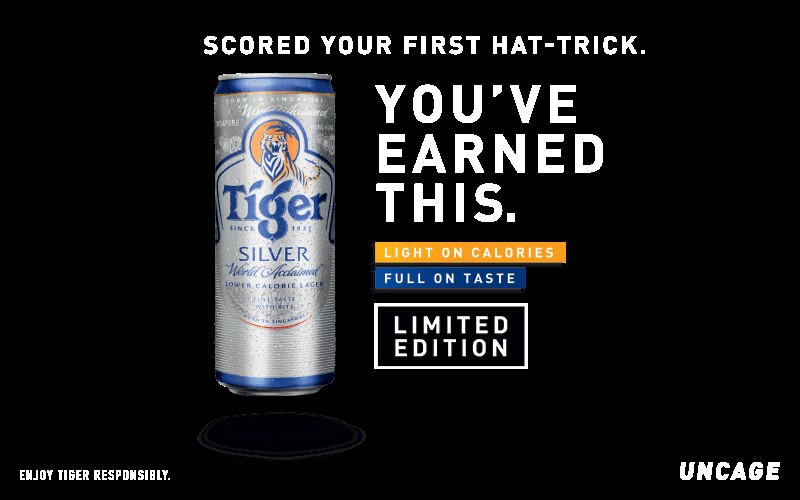 Last but certainly not least is Tiger Black. It’s said to be the bolder alternative of the classic Tiger Beer. It’s a beer that’s brewed with Asia’s black rice resulting in its bold in-depth flavour like no other. 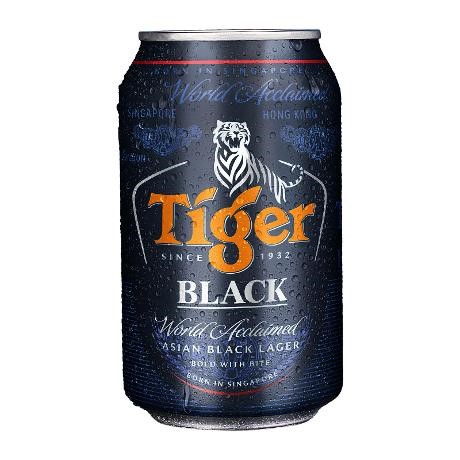 So, do take your pick on which flavour and packaging appeal to you more. Then or now?

Home » Yeo’s and Tiger Beer Beverage Packaging: Now Vs Then