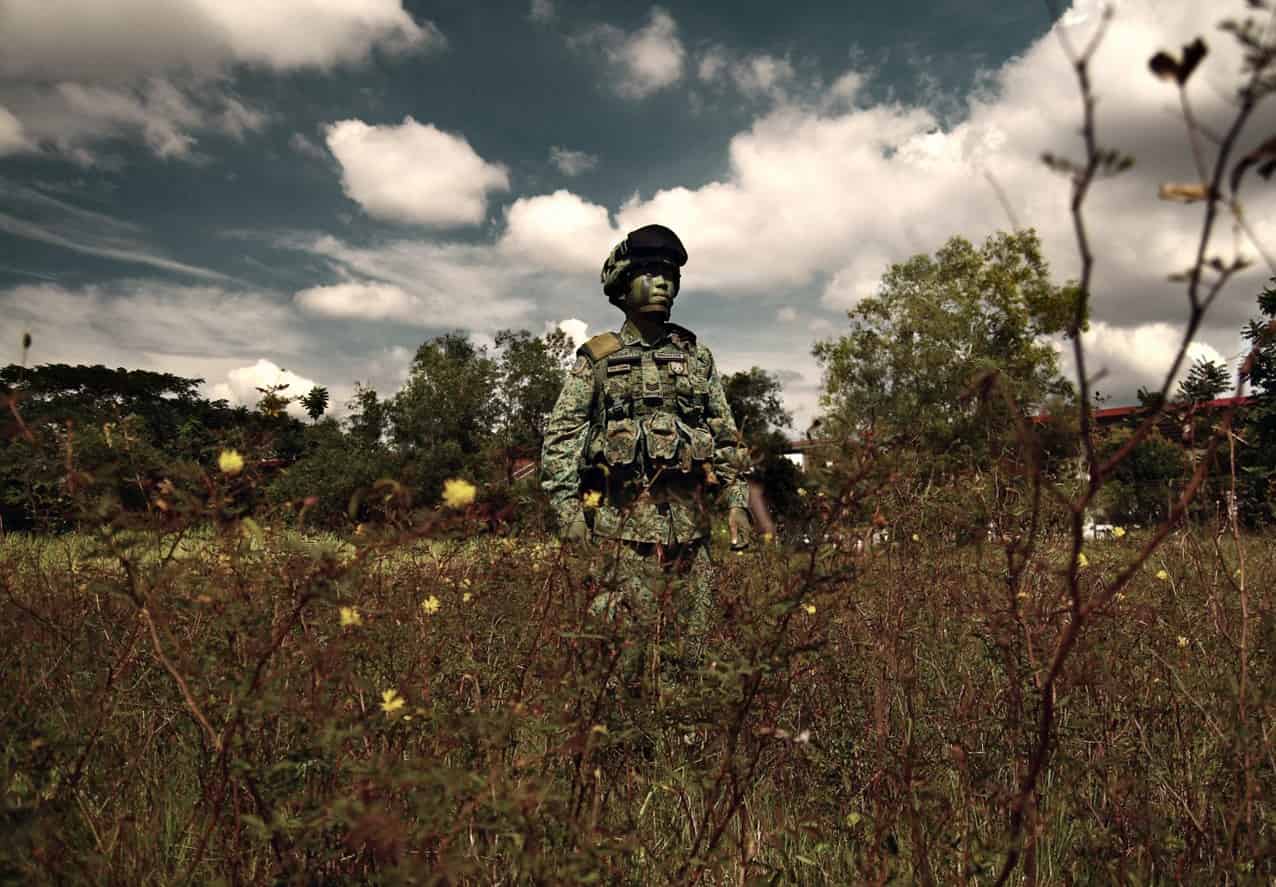 Before we begin, here’s the link if you missed out part 1. Also, please like us on Facebook to keep us motivated and produce more content for everyone.

Disclaimer: Having received some criticism, we realised we frankly do not care. Why? We wrote guides and thought maybe Singaporeans would find it useful. But people hate learning and love to read stupid content on their phones instead. Tell us, would anyone of you click on an article like this: 9 Proven Ways Singaporeans use to Earn Money Online Guess not.

1. Stacking all your offs and leaves in hopes of getting one big fat holiday before ORD

2. Realising your CSM/OC doesn’t let you clear them at all

3. Resorts to using wisdom teeth as excuse to get the big fat holiday before ORD

5. When caught not Kiwi-ing your boots, mentions that you are a combatant

6. Or mentioning that you are a noncombatant if you are not one.

7. Stealing things from the expendable stores

8. Asking your CQ to dabao for you from camp during outfield

9. Asking your CQ to secretly bring icebox for you during outfield (yes it is common)

10. Storing can drinks in place of your magazines in your ilbv magazine pouches

11. Commanders resting in the restroom/annex room or whatever you call it during office hours

12. Commanders playing Xbox/PS4 in the restroom/annex room during office hours

13. Gets one-weekend duty and complain you have always been doing weekend duties

14. Going to the mess/tuck shop to buy fried food every single day when you have the cookhouse

15. And then spending the rest of your money going to Zouk and opening tables

16. Having only 50 cents in your bank account 2 days after payday

17. Asking your superiors for nights out every single day

19. Using army lingo around girls, turning them off

20. Talk endlessly about how much tougher your outfield was as compared to your friends

21. Compare which company is more lepak/xiong than the other

22. Talk about Army nonstop even till uni/work when you are in a group of serviceman and girls

23. Giving that unspoken acknowledgement to another guy if he’s wearing your formation shirt

24. Bringing in loads of coins/asking for free coins to buy drinks from vending machines

25. Scheduling your Medical Appointments (MAs) on a Friday afternoon

26. Wearing the same pair of socks for the whole week because “you didn’t sweat much” and then get foot rot.

27. Losing your personal equipment but don’t sound off until you are 100% completely sure it is lost and irretrievable because you are too late now

28. Testing how long you can not shave until your CSM says something

29. Testing how long your hair can grow until you sign 3

30. Commanders stalking your men’s girlfriends with other commanders

31. Saying OOC SUA or anything similar

33. Complaining how much regulars are paid and how much lesser they do as compared to you (seriously if you envy them, join them. Grow up.)

34. When booking in late, turn on all the lights in the bunk and wake everyone up

35. Using black tape to solve all your problems in life 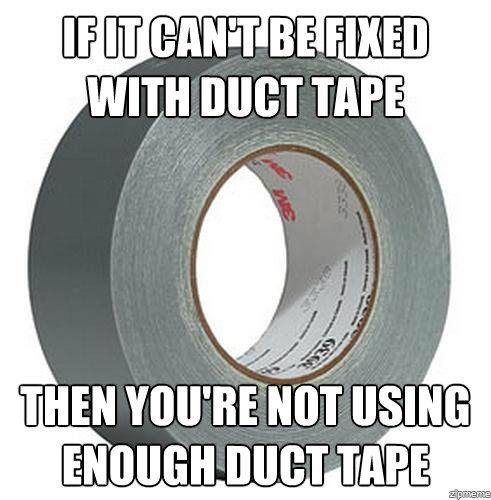 36. Sergeants saying that they do more than officers (Salt is there, welcome to the dead sea)

37. Officers saying that they do more than Sergeants

38. Men saying that they do more than everyone else

39. Officers and Sergeants saying man doesn’t do anything

42. Ogling over that one female regular in your unit

43. Watching men’s IPPT drop from 85 to 70 points when they are being watched by commanders

44. Shitting in the toilet right before stand by area inspections 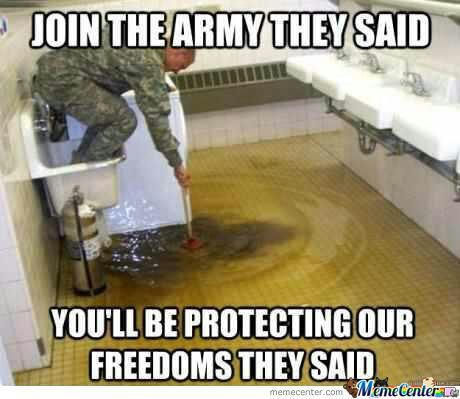 45. Never volunteers to clean the toilet

47. Checking clear during nights out

48. Firmly believe that area cleaning will help us better serve our nation

49. Code black but carries on with training with “controlled rest.” 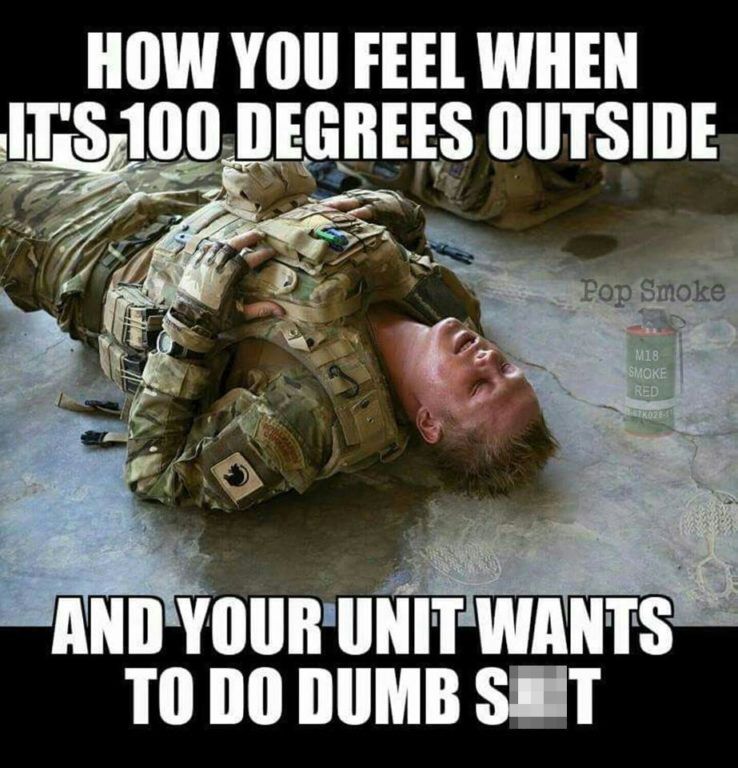 50. Hoping outfield gets cut short by a day or two

51. Hoping outfield will get cut short because it’s raining and conducting says carry on or “cat 1 status cleared.” Life gets shit from that point onwards.

52. Being afraid of random phone checks for restricted/prohibited content

53. Being afraid of random urine tests

54. Telling your friend to draw your arms for you (OOC sua)

55. Be the first one to shower no matter what

56. Be the first one to send your arms 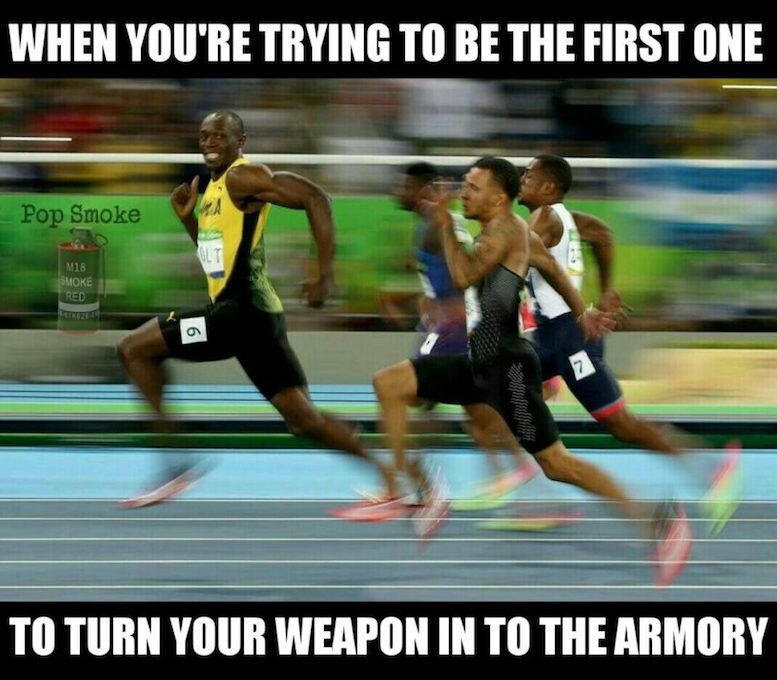 57. Always failing the inspection of clean arms before sending arms

59. Getting religious when you feel a presence lurking around you

60. Getting religious when you are praying for good 3G data connection

61. Complaining about the new rise in legal age to smoke

62. Able to open a pharmacy with the number of ointments and creams you have

63. Interacting with your girlfriend much more than your family/friends during bookout

64. Excessive clubbing after you lost your girlfriend

65. Taking in camp photos and posting it on Instagram

66. Taking in camp pictures and posting on Snapchat

67. Agreed to help your friend out but stirs shit about him after that anyway

68. Buying that 10 years SAFRA membership and realised you have zero use for it

69. And then try to sell that SAFRA reward item (99% of the time a watch) on Carousell

72. Throwing all your food in the bunk’s thrash

73. Playing stacking games with your trash when no one wants to take out the trash

74. Being a loner in your bunk

75. Disturbing everyone in the bunk with your music

76. Using the cyber pioneer magazine for other purposes

78. Sucking up to your superiors

79. Fighting for that one bed with a personal fan & power point

80. Selling yourself for weekend duties

81. Selling yourself for public holiday duties (3 times the market rate on CNY?)

82. Holding your admin bottle against your chest when reciting the 8 core values

84. Wearing your duty tag incorrectly (not strapped around your arm) because it’s uncomfortable

85. Not replacing or sewing up that no. 4 pants with holes exposing your underwear

86. Claiming that pants are your outfield no.4, and mention again that you are a combatant

87. Falling and getting yourself into mud due to your clumsiness, mentions again you are a combatant anyway

88. Crying on your virgin outfield experience (BMT) when your officer gives you a motivational speech and realise what a joke you were

89. Being patriotic and believe we are the No.1 army in Asia and possibly the world

90. Realising that you are not even close to being the No. 1 Army

91. Believing that the military tests and portfolio is vital for your future

93. Having a lousy camo with symbols and numbers on your face instead of stripes (you will be surprised some units want numbers on their faces instead)

94. Camo on but somehow quickly camo off magically. Claims that you sweat a lot

95. Commanders getting close with their men and suddenly draws the professional line and behave awkwardly around it

96. Can’t stop yourself from using excessive strong language around civilians because of army

97. Regulars who still think they are the kings when in the civilian world, specifically uncles who are already retired

98. Still telling exaggerated army stories to your grandchildren to show off

102. Trying your luck not to get caught sleeping in until noon time… or even later.

Read More: My Life as an NSF Clerk for 2 Years

That’s all for now again. Let’s us know more bad habits you guys have during NS (MINDEF watching tho) in the comments section! Seriously, give us a page like if you enjoyed it!