Why Did India Suddenly Block TikTok & 58 Other Apps? 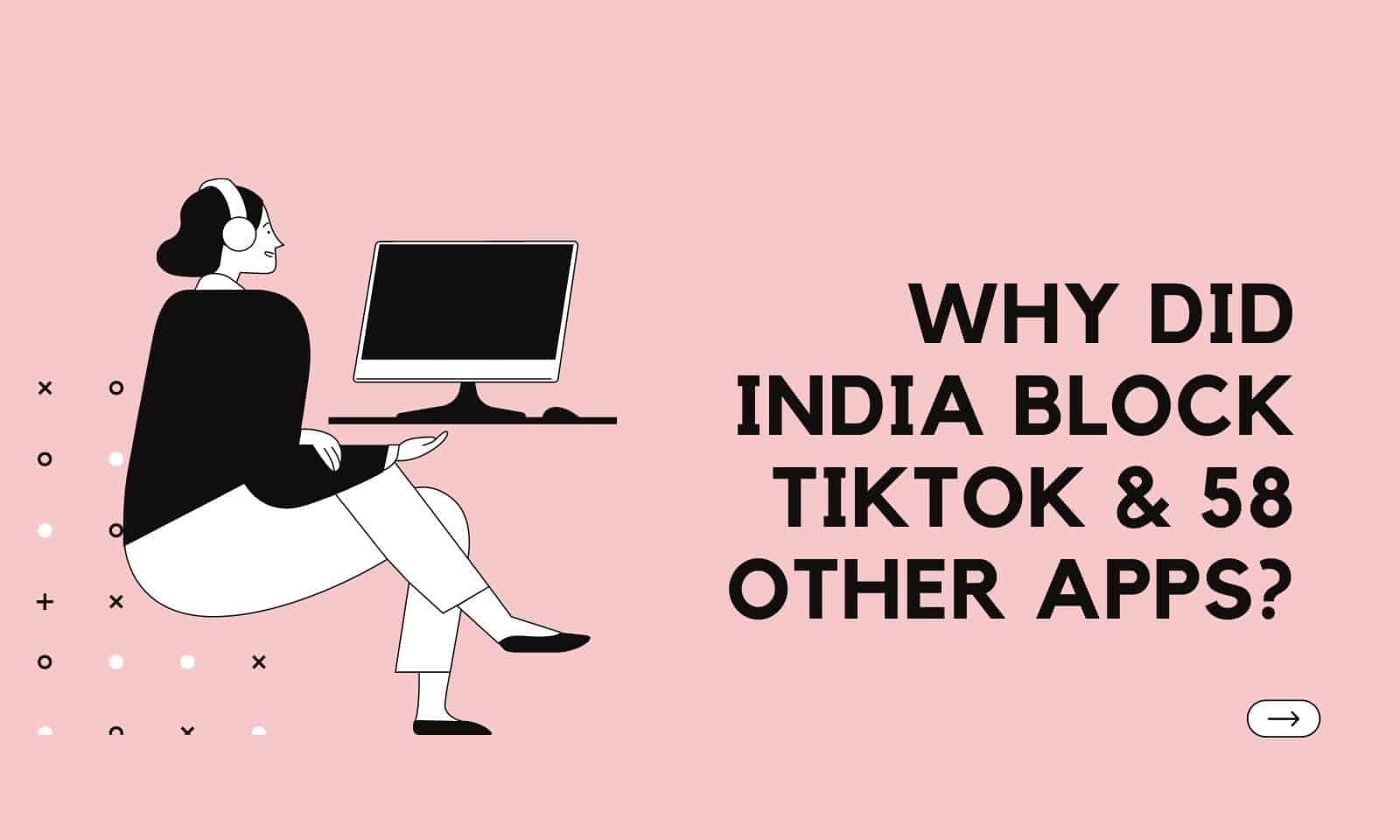 As if 2020 couldn’t get any worse, people in India can’t use TikTok now. It seems that the Indian government forced national ISPs to block the app in the country.

Because it’s a “security threat,” apparently.

Pretty vague reasoning, but there’s more to it, actually. We’ll tell you all about that in this article, and we’ll also show you how to get around the government’s censorship. However, if you’re in a hurry, check out how to unblock Indian TikTok here.

This article nor the author represents Guidesify’s standpoint on this issue.

Here’s Why TikTok Went Down in India

The main reason behind the government blocking the app is very likely the deadly border clash between China and India that took place at the end of June.

Why target TikTok, though?

Because its parent company (ByteDance) is from China. And the Indian government didn’t only target TikTok. It also ordered ISPs to block 58 other Chinese apps like Baidu Translate, Clash of Kings, and WeSync (you can find the full list here).

Okay, that makes sense, but still – why bother blocking Chinese apps? Wouldn’t the government do something more “serious”?

Well, they already strengthened their borders. But don’t underestimate just how much damage this ban can do. TikTok has over 200 million users in India. Really, it’s the app’s biggest overseas market. Besides that, they also have around 2,000 employees in the country.

So, blocking TikTok in India can cause massive financial damage to ByteDance. Just look at last year. TikTok was blocked only for a week in India, and ByteDance reported losing around $500,000 per day! Not to mention all the jobs that were put at risk.

Add to TikTok the other 58 apps that were blocked, and things get bad for Chinese companies real fast. And that’s a pretty big blow to the Chinese government since it seriously affects the country’s economy.

How the TikTok Block Works

On the one hand, the Indian government forces ISPs to block user connections to TikTok’s servers with firewalls. Basically, ISPs set inbound and outbound traffic rules that say nobody on their network can connect to TikTok.

And on the other hand, TikTok is using geo-blocks to stop Indian users from downloading the app from iTunes and Google Play. They essentially blacklisted India, so only people outside the country can download the app.

Can You Unblock TikTok in India Right Now?

Yes – just use a VPN. It’s an online tool that encrypts your traffic and hides your IP address.

You could also wait for the government to lift the ban, but who knows when that will be? TikTok already said they comply with the country’s privacy and security requirements, but the app still doesn’t work in India.

So a VPN is much more efficient. How does it help you unblock TikTok in India?

It’s pretty simple. When you use TikTok with a VPN, your connection requests are routed through a VPN server. So instead of this route:

Your traffic takes this route:

Your ISP’s firewalls can’t regulate your traffic anymore. You’re connecting to a VPN server as far as they know, and there are no inbound/outbound rules assigned to it. So the firewall has no reason to block your connection.

Similarly, the app stores will see your connection requests coming from the VPN server, not your smartphone. Since you’ll use a server outside India, you’ll trick them into thinking you’re connecting from a different country. So they’ll let you download TikTok.

And that’s not all. By encrypting your traffic, a VPN stops your ISP from analyzing your data packets. Also, they will only see the VPN server as your connection’s destination. They won’t see TikTok’s servers at all.

That basically means they can’t see that you’re unblocking and using TikTok.

Is Using a VPN Legal in India?

It’s only illegal to use a VPN if you use it for illicit purposes – like distributing child pornography, performing cyber attacks, harassing or stalking people, selling drugs, etc. That’s generally the case all over the world.

That’s obviously not what you have in mind, so you don’t need to worry about this.

Looking for a VPN for TikTok? Here Are Some Must-Have Features

Not just any VPN will do. Some of them can’t even successfully unblock TikTok in India because ISPs blacklist their servers.With others, you only get bad speeds or dropped connections.

So, to really enjoy a decent experience, you need a VPN that:

If you don’t feel like checking out and comparing dozens of VPN providers, no problem. You can easily learn how to unblock Indian TikTok here. ProPrivacy has an excellent guide that will help you find the right VPN for the job.

What Do You Think about TikTok Being Blocked in India?

Do you think the government is doing what’s right? After all, some TikTok creators from India said they agreed with the block.

Or do you believe it’s unfair, and that the government is going after the wrong people?

Go ahead and share your thoughts with us in the comments or on social media. We’re looking forward to hearing your input!

Home » Tech » Why Did India Suddenly Block TikTok & 58 Other Apps?