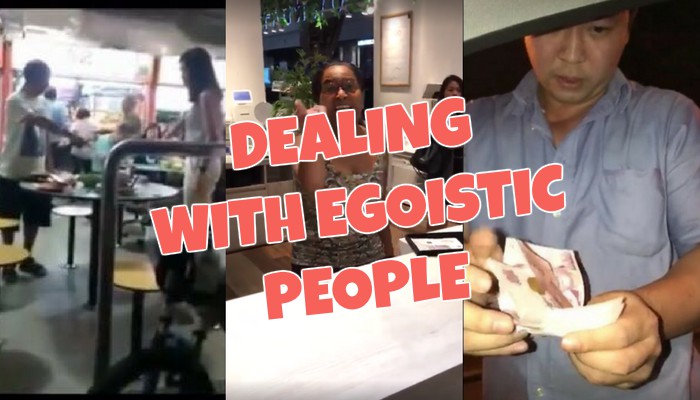 Egoistic people: It is a soul-draining and life-sucking experience to deal with them. If the individual with an enormous ego is your boss or partner, things are bound to be worse. It is crucial to know that an egoist’s world is unique and it doesn’t necessarily mean that he or she is a bad person. Today, Guidesify has spoken to some experts from higher management positions to give you some insights and tips on how to deal with people with massive egos without losing your brain cells over them.

Are you looking for a guide to handling salty people instead? Look no further and read this! Getting egoistic people to admit their mistake or even apologise to you is just impossible. You will find yourself falling down the rabbit hole helplessly in your efforts to do so. Instead, experts have suggested feeding their insane egoistic needs so as to cut the conversations short. You can do this by agreeing to their every word and repeating back their sentences. At least pretend that you value what they say and is in the midst of processing it.

Feeding their ego might not be a bad thing after all as it is better to let people with massive egos to make the mistakes themselves and learn from it. Nothing humbles a man like nature. Narcissists are full of themselves and often prefer to lead than be led. With this in mind, letting them lead at the “right” times will seem like a logical and rational move. Only do this when you know they are wrong and would fail if they were to proceed on doing it their way. You will deliver a huge blow and wake-up call to their ego the moment they screw up.

Try to Make Sense of Them Not only should you try to make sense of egoistic people, but you should also pretend to take whatever they say seriously and appear gullible. Spread their claims word-for-word to all your friends. Even though it is not advised to bitch about them as it might end up doing you more harm than good, we have to admit that it does indeed feel satisfying in the moment.

Using ‘bro’ to Sugarcoat an Insult

Just like what was discussed by John Lui from The Straits Times, the term ‘bro’ could also be used to disguise an insult. It enables you to invoke the bro code while still fully putting the egoist down to his or her knees. However, if you are determined to burn the bridge with the egoist, leave ‘ bro’ out and use ‘mate’ instead; provided you can pull it off.

Guidesify is convinced that everyone has their fair share of dealing with difficult people in their everyday lives. Running away and avoiding the problems encountered with dealing with difficult people will only make you look like a coward. Instead, face them every day. Thank them as they have transformed you into a more effective communicator, a better leader and a tougher matured individual.