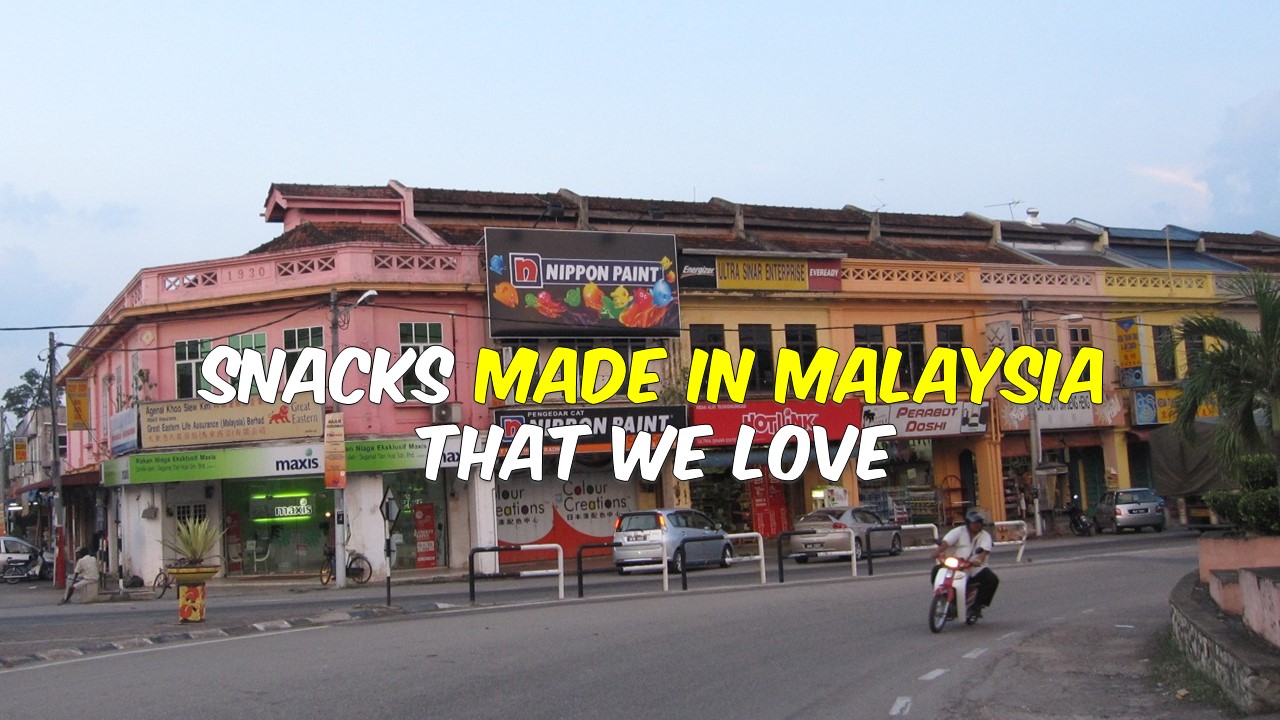 Our little red dot country is blessed to be located right by another country that produces original snacks aplenty. Some may be familiar to many whereas some may not have attained such popularity amongst Singaporeans yet. Nonetheless, this article will introduce you several snacks, such as IKO, Hup Seng, Munchy’s Oat Krunch and Lexus, that are created, made and distributed from our neighbouring country; Malaysia.

YLF Manufacturing Sdn Bhd began manufacturing IKO Biscuits in 1987. Their biscuits attained immense success worldwide. IKO is now sold in over 50 countries with more than 30 types of biscuits under their belt.

Unbeknownst to many, their biscuits are assorted according to their packaging style. It is packed with plastic packs, plastic bags, paper boxes, metal tins, and plastic containers. For those who are wondering, yes, the metal tin boxes are similar to those Julie love letters you’ll commonly find during the Lunar New Year period. Most of IKO’s biscuits contains ingredients that will generate nods amongst those who are health conscious and boosts ones’ digestive system. This includes fruits, grains, oats and more. That’s not all. They’re also selling sugar-free biscuits which is a boon for diabetics seeing as to they’ll now able to savour on biscuits without fretting over the sugar intake. IKO offers four different flavours that are sugar-free; 9 Grains, Oat Bran, Original and Pumpkin. IKO’s biscuits are also sold in Singapore’s supermarkets. FairPrice is selling it at merely S$1.95 for the Oat Crackers that are fused with three assorted fruits and those that contains three types of seeds within them. The Sugar-free biscuits are slightly pricey; S$4.20. However, the only option for Sugar-free flavours in FairPrice is 9 Grains. Those who crave for the other flavours may simply head down to the country next door.

Hup Seng biscuits are manufactured under Hup Seng Perusahaan Makanan (M) Sdn. Bhd. It was formed in 1958 and have been collecting numerous accolades after that. One of the first awards was given by Taipei International Gourmet Appraisal Organization in 1991 whereby Hup Seng was awarded the Gold Medal. Hup Seng’s biscuits are now sold in all the continents on Earth.

Their biscuits may all seem identical to vice versa at first glance. However, upon close inspection, one will be able to distinguish the ingredients that make the biscuits as sought after as it currently is.

Hup Seng sells cream crackers, Marie biscuits, sandwich biscuits, cookies, classic biscuits and assorted ones too. Their cream crackers are almost one of Asia’s must-haves in the households. It is almost a guaranteed that people from Asia, be it young or old, have laid eyes on a Hup Seng cream crackers package or even tried it before. These circular cream crackers come in either a packet format or tin ones. Personally, I’d recommend the tin ones for it enables your hands to reach out for the crackers and seal it back with another hand by placing the lid on it before air swoops into the crackers and make it less fresh as it is before it was opened. Apart from their immensely popular cream crackers, Hup Seng also sells Wholemeal, Sugar, Corn, Cheese and plain crackers. Crackers aren’t the only thing sold by Hup Seng. There are also Raisin biscuits; Sultana, Chocolate chip and butter cookies, to name a few. One of their massively famed snacks is called Chocolate Teddy biscuits, a typical snack found on Mama shop stands and supermarkets. It’s certainly a big hit amongst children. This vast array of flavours to choose from is part of the reason behind how Hup Seng managed to attain worldwide success. Hup Seng biscuits can be found in almost every supermarket found in Singapore. Cold Storage sells the classic cream crackers at S$2.85 whereas FairPrice at S$2.30.

Unlike the companies above, Munchy’s is still somewhat “new” if you take into account the year when Munchy’s first kick-started; 1993. The idea popped up in 1991 when several biscuit lovers formed biscuits of their own via a hand-me-down wafer stick machine. Fast forward 24 years and you’ll be pleasantly astounded by how Munchy’s went from using second-hand machines to owning a 434,000 square feet factory that boasts top-notched machines.

They officially launched their creations to the public in 1993 and was greeted with tremendous success; not just in Malaysia but internationally too. It has been touted as a ‘go-to-snack’ for people, regardless of their age, in over 50 countries. Fuelled by the desire to munch into the likes of many, no matter the distance, Munchy’s decided to partner up with Kellogg’s. Sales have been smooth sailing thus far with more intriguing products being included under Munchy’s label at a rather commendably rapid rate as compared to their seniors in that industry.

Their biscuits didn’t go unnoticed in award ceremonies like Putra Brand Awards, The Brand Laureate Awards and more. They were even awarded Gold as Readers Digest Trusted Brand under the Biscuits/Cookies category for four years consecutively; 2014 to 2017. Their factory was also awarded as 2005’s Largest Wafer Manufacturer in Malaysia’s Book of Records. For those who are foreign to Munchy’s biscuits, fret not, this article will introduce to you several items that are drool-worthy which were indeed no mean feat seeing as to how all of them are worth salivating over.

There is a total of 7 types of Munchy’s biscuits with a wide array of flavours within those 7. They include Munchy’s crackers, Lexus, Oat Krunch, Music, Captain Munch, Assorted and 7Days. Singapore residents, especially those who patron supermarkets ever so frequently, may find the sight of Lexus and Oat Krunch highly familiar.

Lexus. The name that intrigues passers-by with a vibrant purple packaging that lures ones’ eye. The design of its packaging, apart from its intense purple, is rather simple; a humongous image of the biscuit dripping with the flavour that’s being offered, located right smack in the middle of the A4 sized packet with the capitalised word ‘Lexus’ stated in bold emblazoned across it. Much to the delight of many, the biscuits are packed in even tinier packages within the main package. Each of these tiny packages contains two of the sandwich-format biscuit. This, I must say, is a brilliant concept that makes it an ideal ‘go-to snack’ without the need to find a basin to rinse those hands or rummage your pockets for some hand sanitizers for you can eat it straight from the tiny packages. It doesn’t take up loads of space in your bags either.

Lexus offers six flavours; vegetable, cheese, lemon, chocolate, peanut butter and chocolate cream. One might ask, why is the word chocolate repeated in the sentence as mentioned earlier. Chocolate cream flavour differs from the ordinary chocolate biscuit for its circular instead of the usual square shaped Lexus biscuits. This circular chocolate cream biscuit is also wholly coated in chocolate; even the biscuits too. The regular chocolate ones do contain chocolate too, but the chocolate is sandwiched between their classic squared biscuits which isn’t coated in chocolate. Additionally, do note that the vegetable flavoured biscuits aren’t in a sandwich format and their packets contain approximately five or four biscuits instead of the usual two of those sandwiched ones. Home » Lifestyle » Snacks Made by the Country Next Door: Malaysia