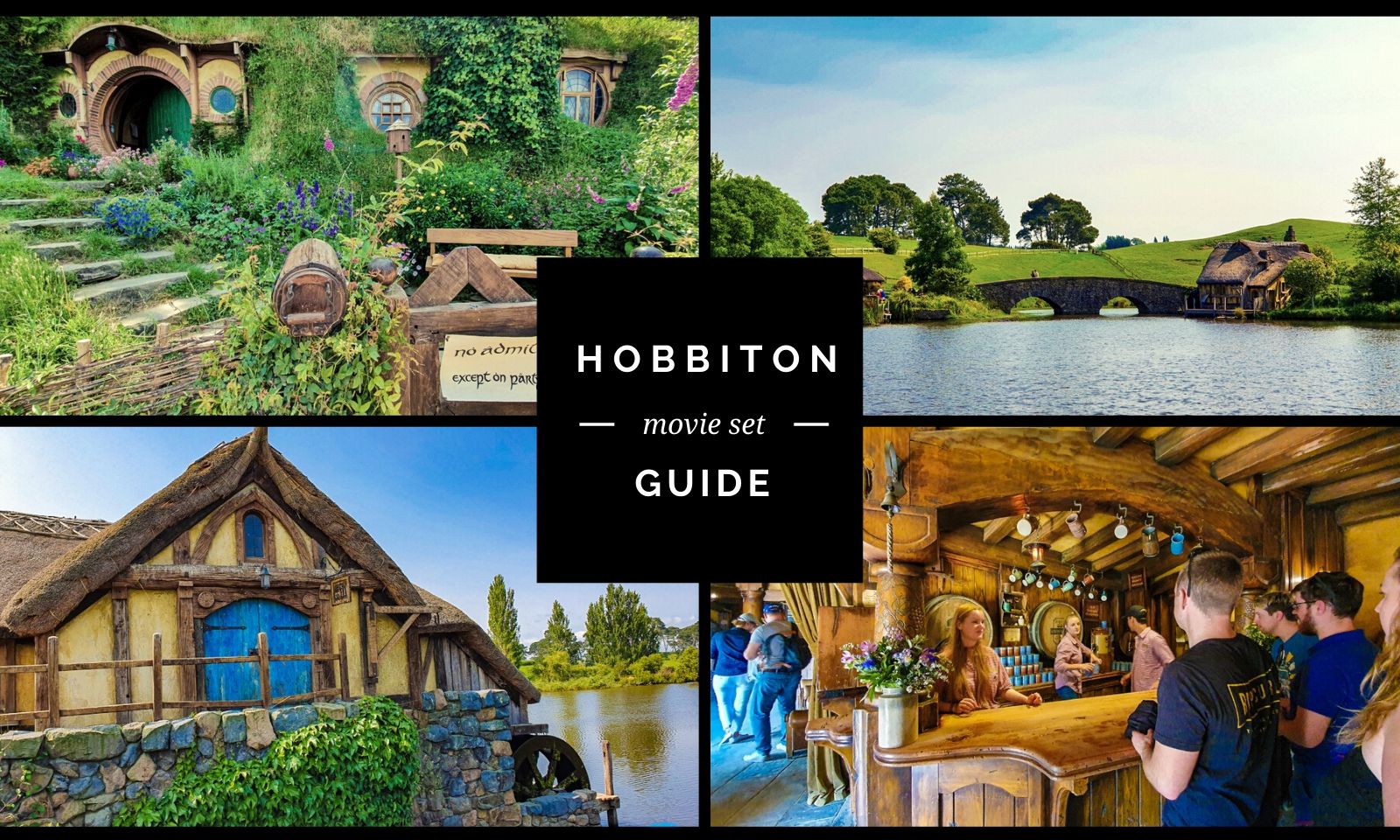 No matter where you’re from, Lord of the Rings or Hobbiton would definitely ring a huge bell. It may even have had form a significant part of your childhood, where you would remember the old wizard Gandalf (Ian McKellen) arriving at the shire (late) on a horse carriage, all ready to be surprised by soon-to-be hero Frodo (Elijah Wood). Like what most people would describe, the rolling green hills of Hobbiton and of course, the cheery happy-go-lucky hobbits will definitely make you feel right at home. But where is Hobbiton in New Zealand? Lucky for us Middle-Earth fans, the Hobbiton Film Set is still around and is located right in Matamata, New Zealand.

For newbie Middle-Earth fans: The Hobbiton film set in New Zealand was almost completely torn down after the filming of the Lord of the Rings Trilogy. It was rebuilt for The Hobbit Trilogy which starred Martin Freeman as young Bilbo Baggins. And this time, it is here to stay.

Can’t wait to book a tour? Use one of our booking widgets (by GetYourGuide) below!

Which Hobbiton Tour to Pick While You’re in New Zealand?

There might be various combos that you can choose from, be it group or private tours in English or Chinese, but you may be surprised (or not) that the most popular tours, notably the Evening Banquet Tour, will always be full. Exclusive tours like these require you to plan and book months beforehand, as these limited tickets will always be snatched up the minute they are released to the hardcore Tolkien fans. MY PRECIOUS INDEED!

That being said, don’t heave a sigh of relief yet!

For those of you who haven’t watched either trilogy masterpieces directed by Peter Jackson and just want to visit the film set as part of your itinerary, do be advised that the regular Hobbiton™ Movie Set Tour still requires you to book in advance or be ready to turn up disappointed.

There are also special events that you can purchase a ticket to, such as International Hobbit Day, Summer Solstice, A Hobbiton™ Christmas and more! These tours are, in our opinion, very much suited for hardcore fans who seek a much more immersive experience.

We would have gone for those special events in a heartbeat, but we weren’t there at the correct time. The Guidesify Team chose to go for the Hobbiton™ Movie Set Tour with a lunch buffet at the Party Marquee, which still brought back many fond memories.

*The free admission must be accompanied by a fee-paying adult.

If you have a lunch combo included, the Hobbiton Movie Set Tour would be scheduled before or after the lunch at the Party Marquee (which is right beside the iconic Green Dragon™ Inn), depending on the departure time of your bus.

Or else, the buses will typically set off from the Shire’s Rest Cafe, which actually is a good place to grab some souvenirs as well as for an information centre. On your way to Hobbiton, the bus will drive through the outer fields of the sheep farm, also known as the lush pastures of the Shire in the films.

A few behind-the-scenes footages will be played on the bus and fans will learn how Peter Jackson discovered and chose this farm to be the very home of the Hobbits.

Upon reaching Hobbiton, experience Middle Earth like never before as your guide escorts you around the film set, showing you the amount of effort and intricate details the film crew has put in to film those short little scenes in the trilogies.

You will be fully guided through the tour on the 12-acre set, visiting some of the 44 Hobbit Holes that were permanently installed, of which 5 of them did not make it into the theatrical release of the shows.

Some unique points of interest include Bilbo Baggins and Frodo Baggins’ Hobbit Hole named Bag End, the Mill and the world-famous Green Dragon Inn. You will be in for a treat at the end of the tour where you will be given a complimentary exclusive Hobbit beverage to conclude your adventure at the Shire.

Driving? You can also opt for a non-alcoholic ginger ale which tastes as great.

Stay near Hobbiton with Booking.com:

What are you waiting for? Add Hobbiton in New Zealand to your bucket list now!

Related to Hobbiton in New Zealand: