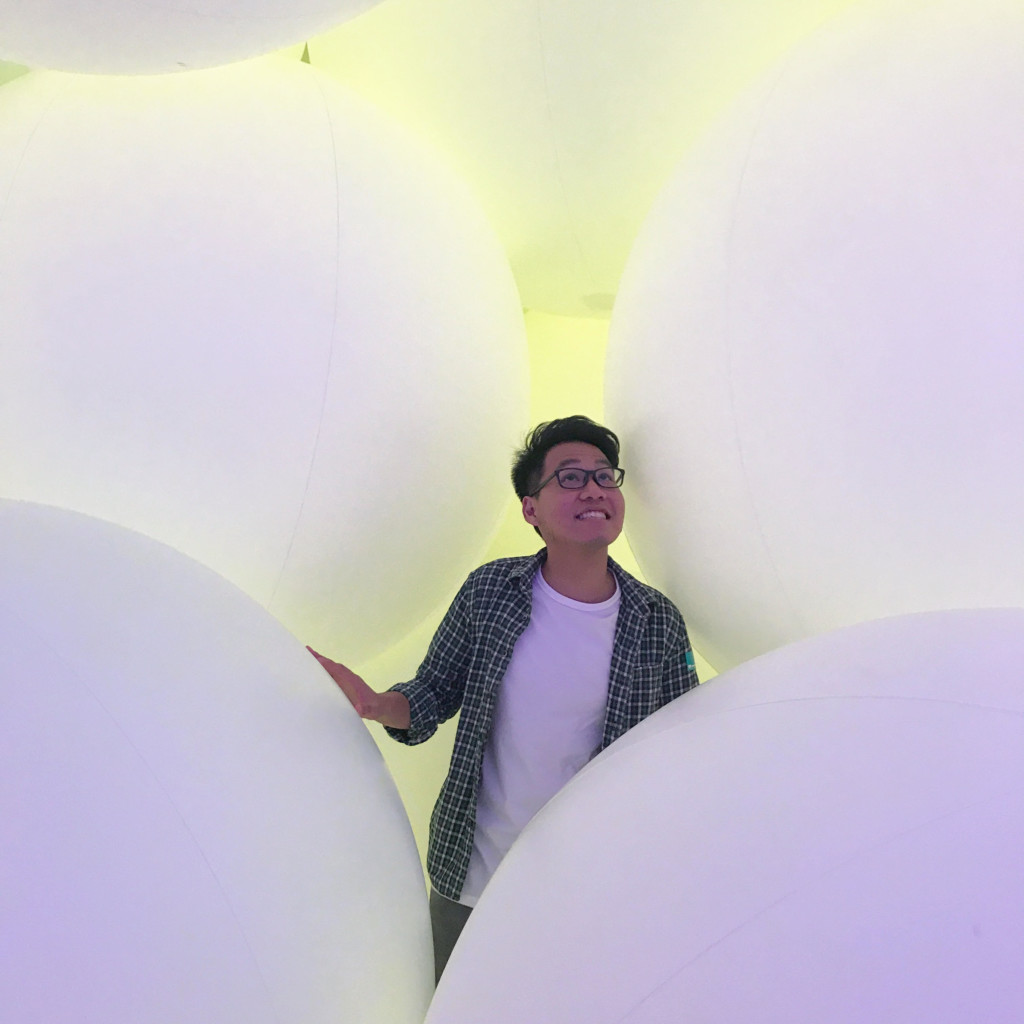 Armed with selfie sticks and DSLR cameras, Singaporeans of all ages have flooded the National Gallery to experience Yayoi Kusama’s exhibition: Life is the Heart of the Rainbow. Judging by the snaking queues and countless #OOTD posts on social media (that’s outfit-of-the-day for the less acquainted), it’s safe to say the Yayoi Kusama has succeeded in capturing the imagination of a nation.

Over the last seven decades, the evergreen 88-year old Japanese international has long been regarded as a trailblazer for avant-garde art. A pop-culture icon in her own right, her influence has expanded beyond the art buffs among us over the last decade or so.

With the ubiquitous nature of social media today, Kusama’s art is a well and truly part of the Instagram generation. Of course, it helps that her creations are visually-striking, ranging from the lively and colourful to the unsettling and bizarre. This begs the question; could this be another “hipster hot spot” for an impromptu photo shoot? Or is there more than meets the eye?

Related: Chinese Comics/Manhua in Newspapers Used To Be A Thing 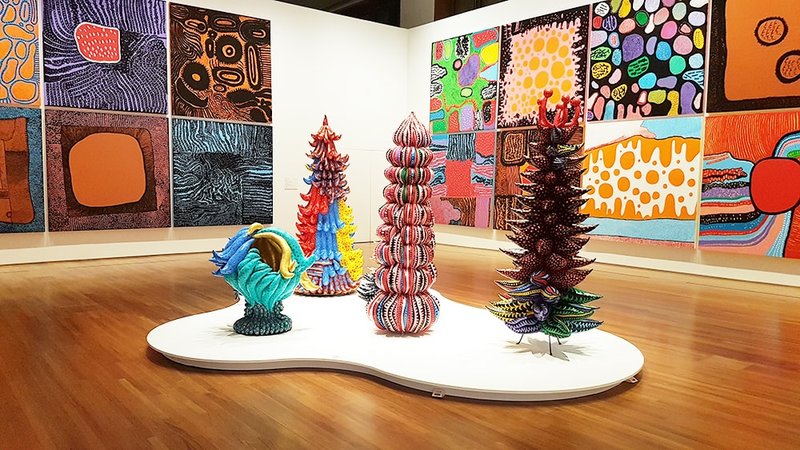 Yayoi Kusama lived a harrowed childhood, often haunted by hallucinations. As a self-defense mechanism, she confronted her demons by turning to art and bringing these hallucinations to life. Unfortunately, as an aspiring artist in a Japanese provincial milieu, Yayoi Kusama had difficulties in getting her ambitions fulfilled. She claimed that Japanese society was “too small, too servile, too feudalistic and too scornful of women”. In a quest to have her art appreciated, Kusama relocated to New York in 1958.

She built a reputation as a leader in the avant-garde movement during her stint in America. Unfortunately, due to ill health, Kusama returned to her native Japan in 1973. Four years later, she checked herself into a mental institution and had voluntarily lived there ever since.

Paradoxical nature of the art of Yayoi Kusama

What is captivating about Kusama’s art is her use of bright colours. The paradox here is that these creations started out as dark and disturbing images in her head.

As a viewer, one is wholly immersed in her psychedelic world – of endless dots, nets or infinitely mirrored space. This full sensory experience can be rather overwhelming with her creations possessing an almost hypnotic quality to them.

“The Obliteration Room” presents viewers with, quite literally, a blank canvas. The room, along with all its furniture, is painted completely white. Viewers are encouraged to participate in the “obliteration” through the application of brightly coloured stickers. This level of interactivity is sure to be a hit among the younger generations (and the young at heart of course).

The Infinity Mirrored Room can look deceivingly underwhelming. From the outside, this tardis-like chamber doesn’t seem very impressive at all. Once inside, the viewer is taken on a magical journey. This tiny room is mirrored on all sides, and colourful LED lamps hang at varying lengths producing a kaleidoscopic experience – an infinite chain of endless reflection that invites one to step into the illusion of infinite space.

Extraordinary can be a word much overused these days. Just this once, perhaps one is entitled to use “extraordinary” when describing Kusama’s exhibition. She is indeed an enigma wrapped in a mystery, which makes her art all the more captivating. So while you think of a catchy caption to match that picture taken at the National Gallery, maybe spare a thought for the meaning behind the art. It will be such a shame if Yayoi Kusama’s work is nothing more than just another hip “Instagrammable” destination.

This article was written by Amierul Rashid.