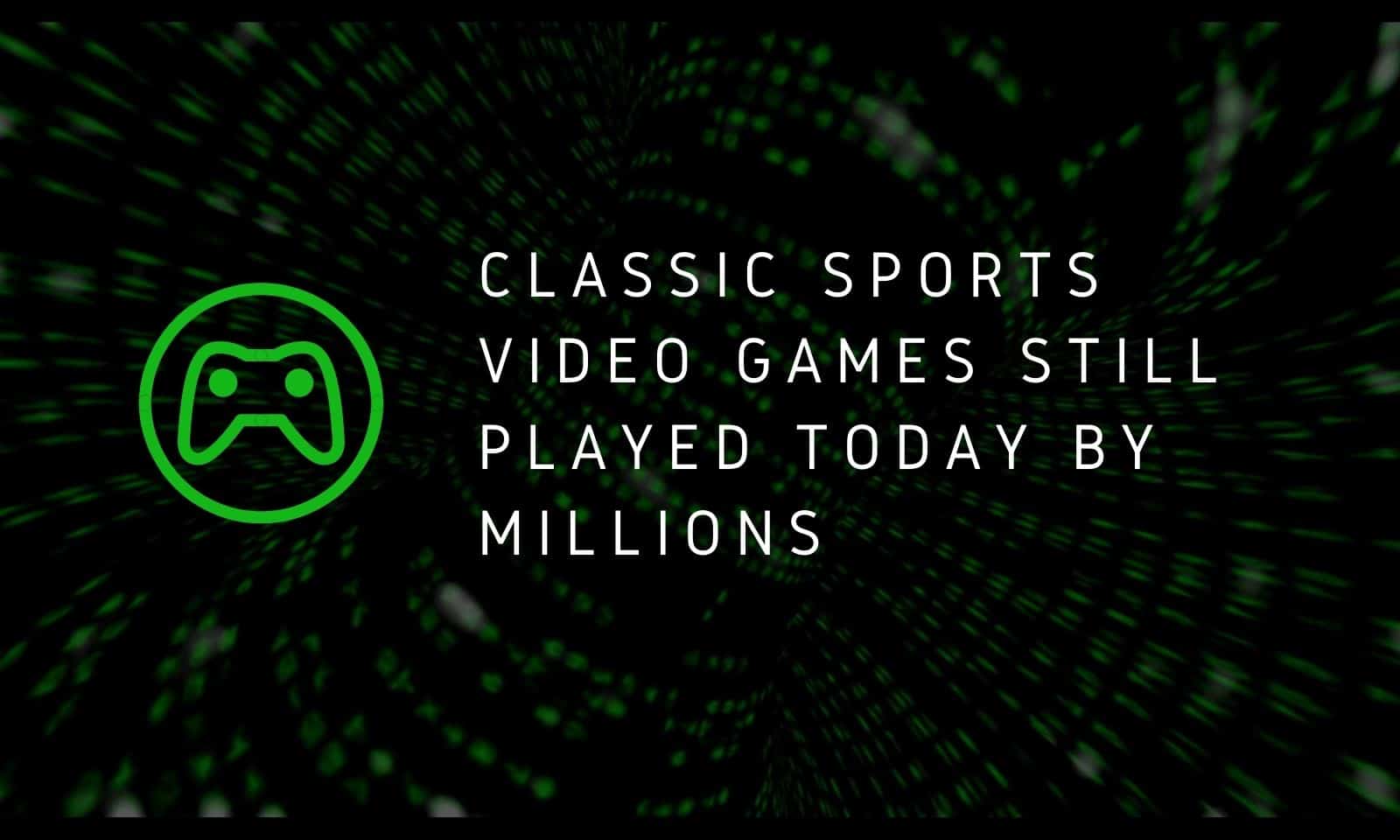 In many ways, a sports video game cannot fail, with a new roster of ready-made characters and storylines created by sports leagues every season, which games developers can run with and profit from.

Unfortunately, this can sometimes lead to games studios getting lazy, and churning out tired looking titles that are high on price and low on originality.

However, the impact of digital evolution has made significant changes in the creation of these games.

Here are some of the classic sports video games that developers got just right, meaning that many still have avid followers to this day.

When it comes to football there has been a complete dearth of quality games in recent times, mainly due to the NFL’s exclusivity pact with EA Sports, whose Madden games continue to suffer annoying glitches and playability issues.

For a true football experience, the three go-to games that fans still turn to are NFL 2K, NFL 2K5 and NCAA Football 2014. The latter has become so popular that an unopened version is now something of a collector’s item, fetching upwards of $100. If your pre-game routine consists of placing an NFL parlay bet, stocking the fridge, and firing up a video game, you should make sure that game is one of these three titles.

European soccer fans are nuts for the sport they love and yet winning them over with a video game is tough.

Thankfully for soccer enthusiasts, EA Sports have done a far better job with their FIFA franchise games than they have with Madden.

However, the one true king of soccer games actually puts players in the shoes of a being a team manager rather than a squad of players. Football Manager is a series of games that still runs to this day, having started life in 2006. Many loyal players still play older versions and have hundreds of virtual seasons under their belts.

Tiger Woods has lent his name to the most widely played range of golf games, but perhaps the truest to life is the cult game called Links 2003.

If you are not too bothered about lifelike physics and realistic ball striking then there are other games that focus solely on being oodles of fun, such as Mario Golf and Hots Shots Golf Fore.

Move Over Battlefield, Planetside 2 Just Got Bigger In 2020