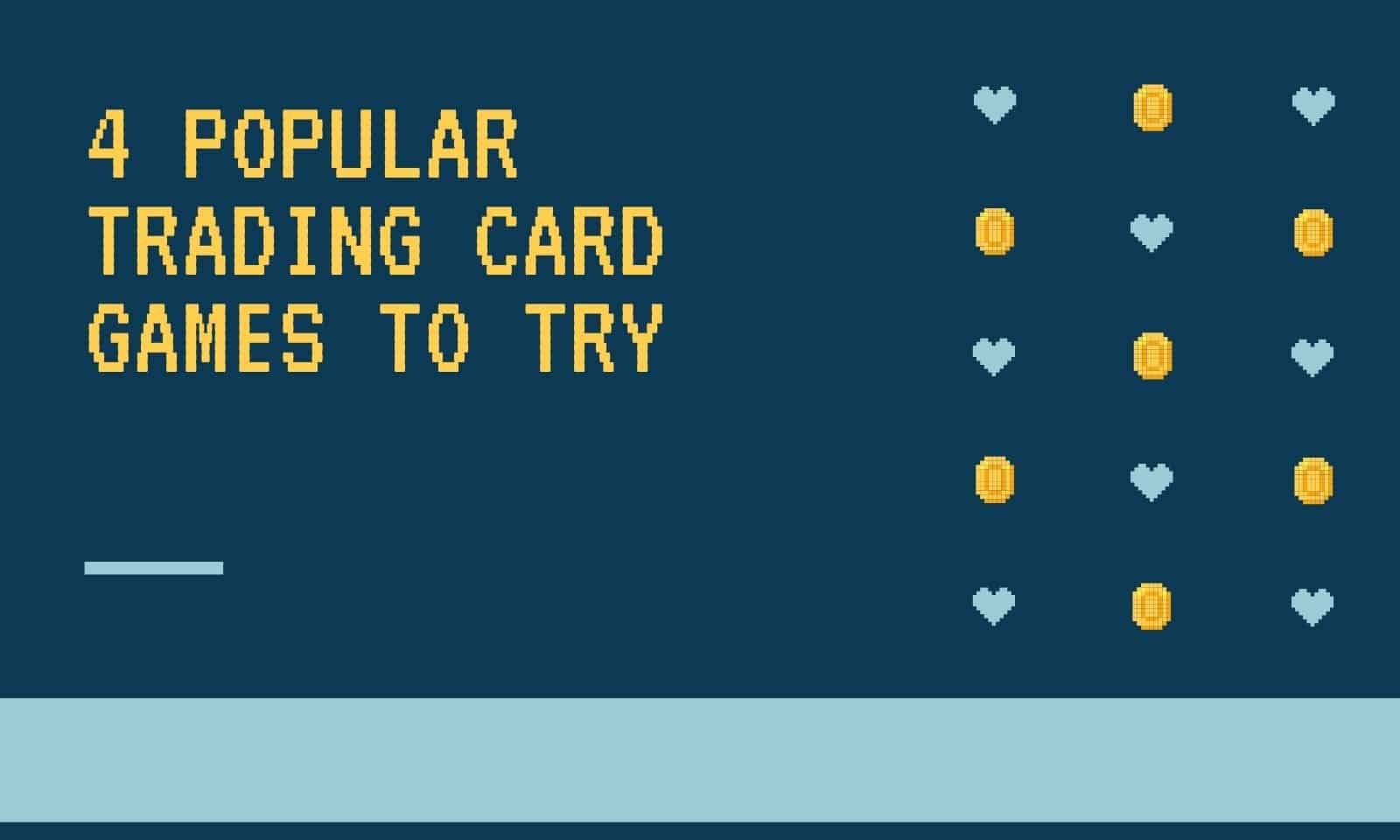 Card games have existed for decades and there are so many Trading Card Games, or TCGs, out there to try. Despite many gaming platforms being virtual and online now, collectible playing cards are still a popular method of gaming, although digital TCGs exist now too! This list looks at some of the most popular trading card games out there, from old classics to new favourites, there are plenty of great games to try.

The Pokémon Card Game is one of the most popular TCGs out there, a game that many people were first introduced to as kids. With the televised series becoming widely popular in the 90s, the Pokémon franchise created the trading card game that took Pokémon to a new platform. Even now, the popularity of Pokémon lives on, loved by kids and adults alike.

If you’re looking to buy the cards, sites such as Nin-Nin-Game sell card packs straight from Japan, which gives you access to new cards before they are released in other countries. Even if you can’t read Japanese, you get early access to new and exciting cards, as well as the joy of owning the authentic and original Japanese versions of them.

Yu-Gi-Oh! OCG is another Japanese trading card game, which was popularized by the tv series it was adapted from, and it became a big hit in North America in the early 2000s following its release by Konami. Decks are made up of monsters, spell cards, and trap cards, and players must duel head to head, to defeat their opponent’s monsters and drain their life points. Named top-selling card game in 2009 by Guinness World Records, this is a game that is great fun to play and hugely popular.

This is another popular game that you might have heard of before, as it is said to be the original card game that paved the way for others. Like the RPG game Dungeons & Dragons, this game draws elements derived from fantasy lore. This a strategy card game that involves two or more players, who must engage in battle as wizards, with a deck of spells, artefacts, and creature summons.

There are over 300 cards available in various kits and decks, but you can also play the game digitally online too. It can be a little daunting as a new player to learn the various formats and rules of the game, but there is a reason this game has remained popular since its initial release in 1993. Once you’ve got to grips with the rules, playing amongst friends is great fun; you may even want to play competitively against other players too!

The final game on this list comes as a bonus because it is unfortunately out of print since 2018. The original Netrunner CCG was designed by Magic the Gathering creator, Richard Garfield. Set in a stylish cyberpunk world, based upon the RPG game Cyberpunk 2020, the 1996 collectible card game was produced by Wizards of the Coast. It was later adapted by Fantasy Flight Games and combined with the board game setting of Android to create Android: Netrunner. This LCG is sadly no longer produced, but it is still possible to find official copies of the existing decks and expansions. There are also fan-made versions by the established player community, proving its popularity. Once you’ve started collecting and playing with trading cards, you will discover which games you love the most. These are just some of the most popular examples, but there are so many more TCGs out there to try!

Krisp Review: The Lifesaver for your Zoom Meetings?