Sg Flocks To Fireworks Be it Rain or Shine 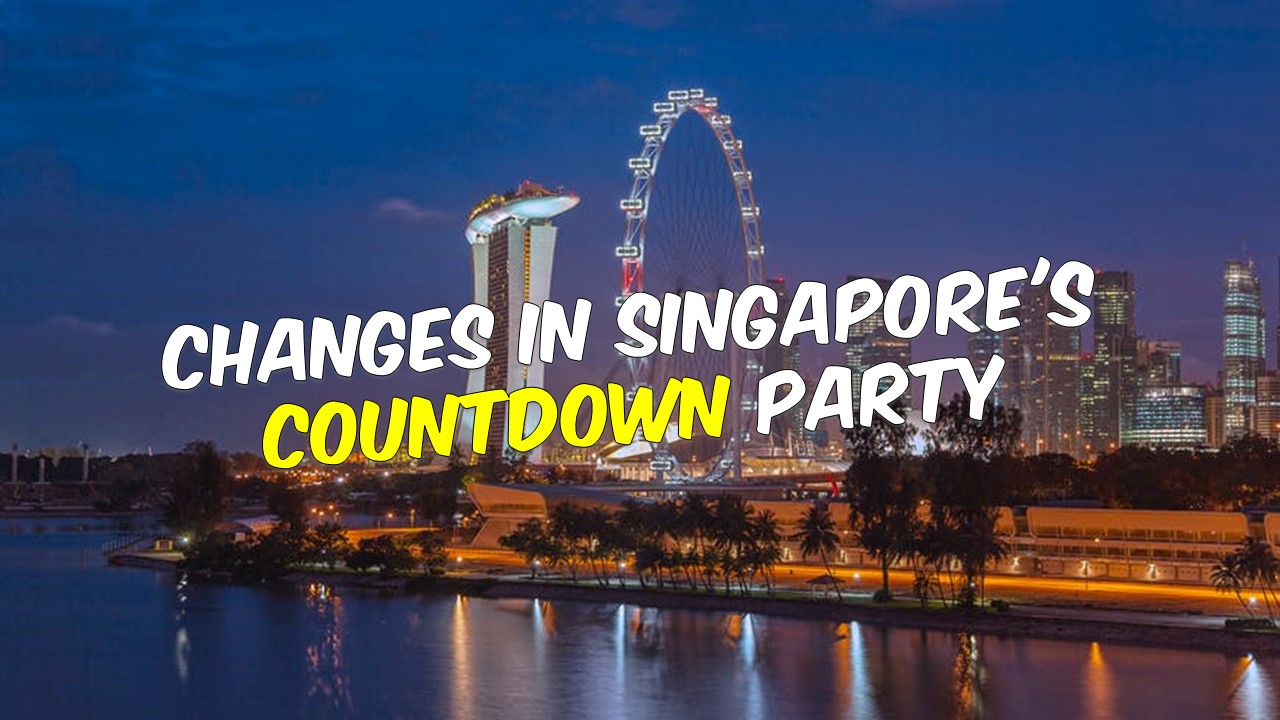 Singapore is merely a speck of red dot when anyone views it from a spherical globe, but that doesn’t mean this country isn’t able to hold large-scale celebrations. Yes, this scale in question may not be as large as Times Square New Year’s Eve Ball Drop, but it’s still somewhat huge nonetheless. However, as huge a celebration as it may be, are they any good? Let’s take a look back at some of Singapore’s celebrations aimed at ushering the New Year. Do note that these celebrations are kid-friendly and don’t include clubs or coasts parties.

The main countdown for the New Year is usually held in Marina Bay. This is the countdown that’s broadcasted live across all the local channels. It often features performances from several artistes, followed by the countdown, spurts of fireworks and finally the finale performance by a certain artiste before the event draws to a close. This event at Marina Bay is always coined as ‘The largest Countdown celebration in Singapore’ equipped with a ‘Spectacular firework display’ that’ll bedazzle anyone for several minutes.

Many grumbled when their favourites aren’t in the performance lineup for Singapore’s Countdown event. Some whined how they’re either unfamiliar or have never heard of those performers before. However, despite all those groans, the turnout for Singapore’s self-proclaimed ‘largest Countdown celebration’ will always reflect what it’s been proclaiming all along; that it is a large, if not the largest, countdown celebration in Singapore. Judging by how most complaints were about the performance and there were barely any made towards the fireworks, it isn’t too farfetched to assume that the fireworks did work its magic. Fireworks may be the key ingredient that propels people from all walks of life to yank themselves out of their couch and storm into the sea of people at Marina Bay for a glimpse of the ‘Spectacular’ display.

Despite celebrations at the Marina Bay being a success, Singapore seemed rather adamant about trying out something new. They shifted 2016s Year End celebration from Marina Bay to Suntec City, a move that has never been done before. It was touted as ‘Countdown with the Stars’ and ‘Singapore’s largest free street party’. However, its outcome must have been unsatisfactory for come 2017, the year-end celebrations have been shifted back to Marina Bay.

For those who may not be able to recall, the countdown at Suntec City was the one that produced a brief social media sensation involving a teenager, Ganesh, who voluntarily approached Vernetta Lopez and Mike Kasem to answer their question; ‘What was the highlight of your 2016?” as to which he nonchalantly stated how hanging out with friends was the highlight of his year. Perplexed by the received answer, Vernetta Lopez questioned him further in the hopes that a better answer will emerge. Ganesh remained oblivious and went on to say how a friend of his resides in a condominium with a pool and they swam together there which ultimately became the highlight of his year. A clip of that interview had been uploaded on to social media platforms including YouTube and has garnered thousands of views thereafter. He became an instant meme too. The countdown at Suntec City may not have been that much of a success, but at least it certainly is somewhat thriving in the online department thanks to Ganesh. 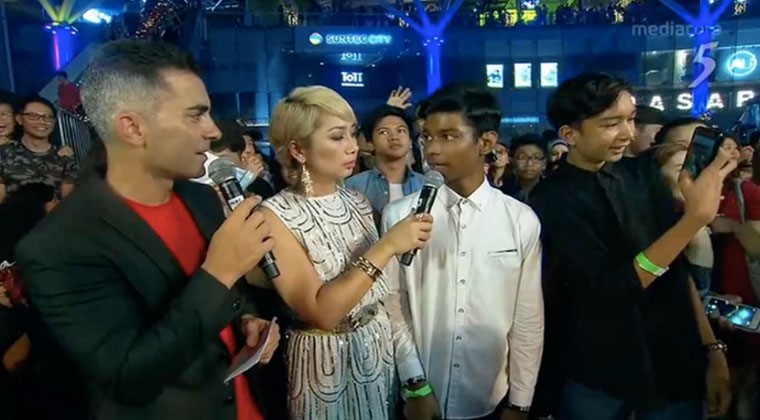 This year, Singapore had shifted the countdown celebrations back to Marina Bay. It seems like they’re itching to up the ante. Fireworks display usually lasts for approximately 8 minutes to mark the start of a new year. However, this time, fireworks were displayed for one minute every hour starting from 8.05pm. The fireworks were also showcased in a unique ‘linear’ fashion; one that Singapore has never done before.

This will be the 13th edition of the countdown held in Marina Bay which is once again organized by Urban Redevelopment Authority (URA). They’re expecting to attract a whopping total of 350,000 people to the venue but the turn out may have fallen short due to the day-to-night heavy downpour. 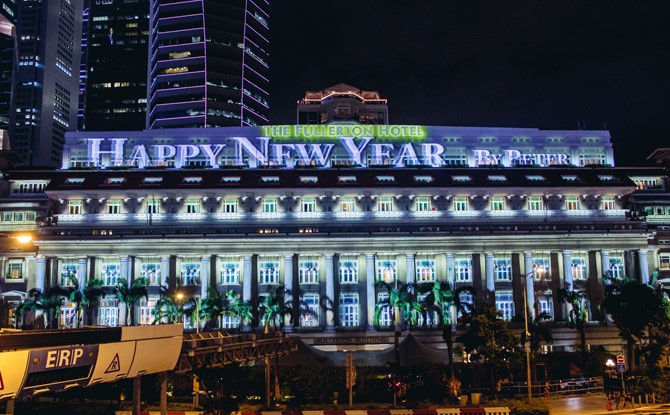 Fullerton Hotel used to be the only concrete structure that has light projections displayed across it. Other nearby buildings and sculptures would usually be shrouded in darkness whilst Fullerton Hotel glimmers and sparkles. This time, ArtScience Museum and Merlion had been included in the list of things that will illuminate when it’s all dark. For the first time ever, the aforementioned two iconic landmarks had light patterns projected across them. People, be it young or old were able to marvel over the delights of those light displays without the need to trudge towards the bridge that faces Fullerton Hotel for a clear view of what was being projected. 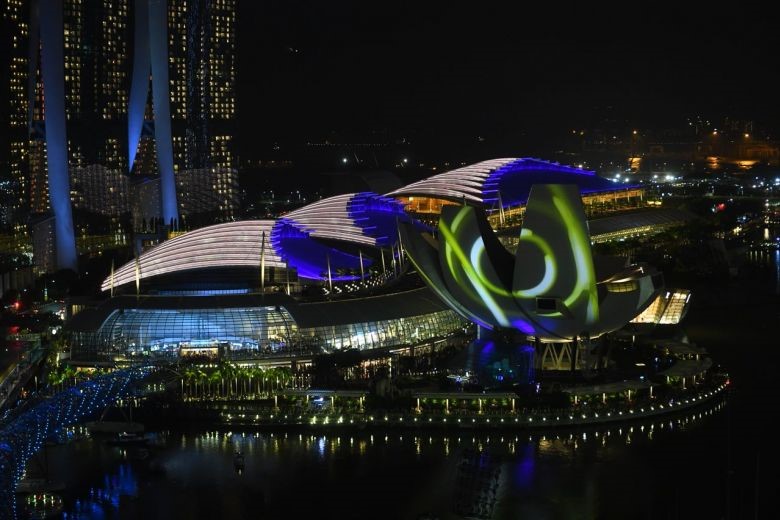 Hotel rooms with windows facing the Marina Bay on dates when countdown celebrations were held have mostly, if not all, been always fully booked in advance. This includes hotels like Marina Bay Sands, Mandarin Oriental and Fullerton. People, especially those keen on catching the fireworks, will usually be left with two options; watch it from the comforts of their abode or simply head to Marina Bay whilst bracing themselves for the body heat emitted from the expected throngs of people.

Fortunately, we now have more than the aforementioned 2 options. One neighbourhood in Singapore; Tampines, had arranged their very own countdown party which wasn’t associated with the one that will be broadcasted on all the local channels. It will be held at Our Tampines Hub, a building which took years to construct and was finally officially opened its doors to the public on National Day 2017.

This countdown party may be a tad smaller in terms of scale but it promises a truckload of activities including a retro-themed carnival and more nonetheless. To top it all off, this countdown party also displayed something that is sought after by many; Fireworks. Yes, fireworks. They weren’t displayed in a ‘linear’ pattern. Neither were they displayed per hour as compared to those in Singapore’s central location but any fireworks no matter how big or small will be embraced by many be it when it rains or shines. 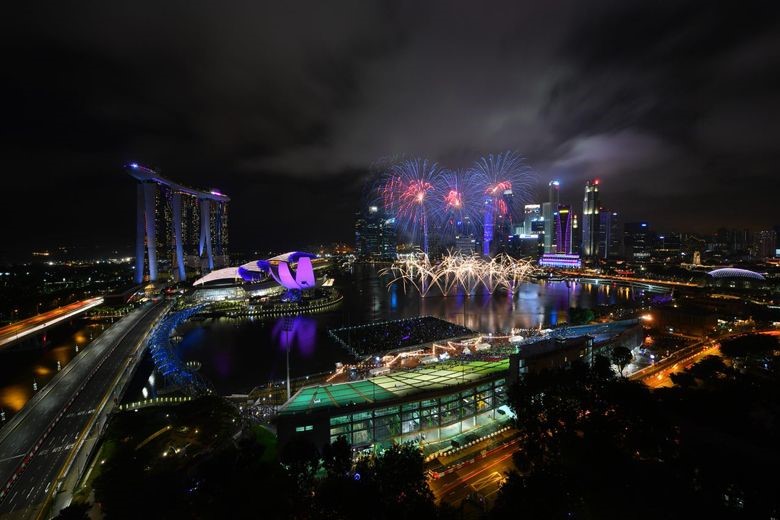 Home » Lifestyle » Sg Flocks To Fireworks Be it Rain or Shine